Radish is different. Black, white, and no, not red, and green. Still there are the daikon, but I, to be honest, not a gardener, so at a loss, what this very daikon include? It seems like he and radish, Japanese only, and is sort of like a - daikon.

In taste, I would, of course, to his radish added, because in today's selection, he will

A collection itself - a salad of radish. He's a very useful, a lot of vitamins, delicious (when sharp little want - the most it), fast and... very cheap. With a salad of radish eat most tiresome simple dish such as fried potatoes (boiled too, can jostle, but with it a little more complicated).

If we radish green, then a special fuss it does not require the word "very."

First option: Just three on a grater, add the crushed garlic, salt, dressed with butter, sour cream or mayonnaise, as someone like that.

Three on a grater, which gives long straw green radish. At the same grater 0 carrots, half the size of a radish. Refill salt, butter or sour cream (mayonnaise). All!

If you have a black radish, it's all great!

Black radish sharp, spicy, bad only that it is flavorful... and in such a fragrance that not everyone likes. To flavor of the finished dish had, it is recommended after natret radishes, leave it for a few hours in a cool place.

Here I popravochka - it works only in the event that a third of it on a grater for carrots in Korean, the one that gives a long, thin sticks. If you rub on a regular grater, the radish juice provides many times more and smell the contrary, becomes more pronounced.

Perhaps this particular my sense of smell, but... they are.

Of black radish offer to prepare a salad with meat.

The proportions are simple: meat - half the weight of the radish.

Itself three radish strips, boil the meat, cut into strips, too (it will be nicer). bow color should be golden.

After that all mix and dressed - butter, sour cream, yogurt or mayonnaise - the like.

The meat in this recipe, you can substitute chicken breast, and by-products can be (if you like them).

Prior to this refinement salad away, but they are simple and delicious... So bon appetit! 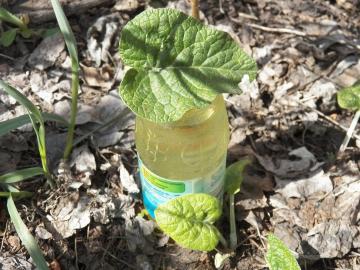 How to make burdock to improve hair oil

Actual! Burr oil - with his hands, nepokupnoe, cold-pressed, live home... Gift for hair! What are... 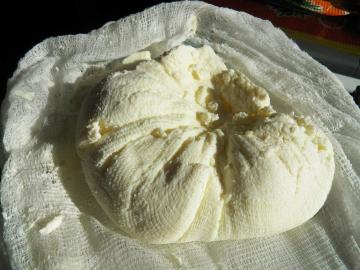 The easiest recipe for a delicious home-made cheese (like Adygeya)

Almost every day I want to cheese, but now largely meets the cheese is not cheese, and cheese pu... 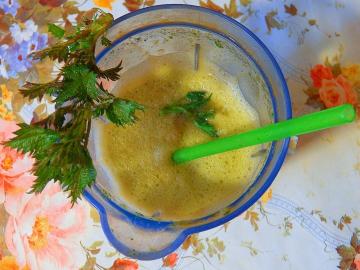 Spring! Young Krapivka us back! People say that nettle replaces 7 doctors! It is time to include ...