The most terrible food: special herring, which many do not even want to try

My first thought when you see (or sniff) these dishes - I have such a dirty trick I will not! And in fact, often specialties of other countries and peoples to our taste and scent - just inedible.

Regaled we somehow hakarlom. Well, as the varnish tried. The friend brought back from Norway (though the kind of Icelandic hakarl) bag of this delicacy, which during the cooking time does not eat even a gull.

One is the fact I alerted if a seagull, which, in fact, able to eat anything, refuses hung shark meat (even fermented in the sand), something with this meat unclean.

What - we realized when they opened the package. Ammonium putrid spirit as fast spread around the apartment, that after a few minutes, all the participants in our unsanctioned gatherings staged a crush at the door.

And there is nothing eat.

And it opens the relative hakarla - surströmming or herring Swedish style. Do not believe those who say that he invented the jammed aristocrats. In fact surströmming began to prepare not a good life (or rather, he has turned itself).

When in the 16th century, like the Swedes, led by King Gustav fought with the Germans, the country had to find out what the food shortage. Salt was not enough, because in its harvested fish laid bare. Less than normal.

Fish, of course, began to wander. Initially sour herring was the soldiers, but then became more acute shortage of food and started eating syurstreming even bourgeois. And so they liked that after the war, when there was a herring normal, these bourgeois and other strange personality of the fermented herring decided not to give up.

And in the twentieth (and twenty-first century) turned it into a product hmm... national importance. Confounded face Sweden.

Even in the XIX century on the island of Ulvi opened Röda production plant for herring in Swedish. There is also a surströmming Academy, the Society surströmming Syurstrommingovoe lovers and people's movement. During that fighting a popular movement - I do not know. Maybe, for the victory surströmming around the world?

So far, the capture of the planet fermented herring prevents conspiracy airlines: almost all of them have a Swedish delicacy in the list of items prohibited for span (well, to transportation).

Finally I will share a little trick: if you bought a jar surströmming or you tossed her good friends (relatives), do not rush to open it in a familiar way. Type in a pan of water, immerse the jar and then we dig up a hole in it (to start). Because decent bank surströmming bloated! And, if you open it in the air, the smell of the fermented herring to you for hours, if not days - it just spits!

Well, I wish you bon appetit to all the researchers and do not switch - heading "the most terrible food" will now become permanent. 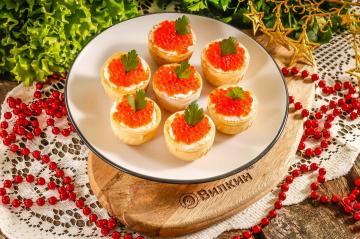 The most anticipated appetizer on the New Year's table is caviar tartlets. They are so easy to pr... 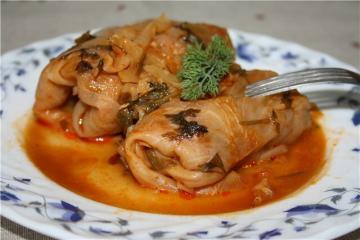 Orthodox believers began Lent, so I will publish on its channel recipes tasty and easy meatless d... 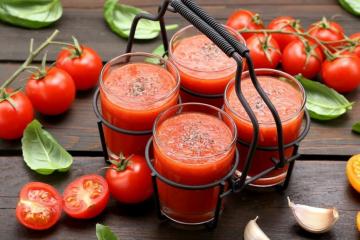 It dilutes blood and removes clots, struggling with stroke and heart attack