It is said to be a connoisseur of cheese, must be born and grow up in a country that this cheese making. I guess I agree with that statement. Cheese in the form that we now know, in Russia was performed. That is all this seasoned with a crust and other molds did. Curd suspended flow away, salted.

So all the "Kostroma", "Russian" and so on - it is acquired in the period, even after Peter the Great - who, incidentally, is not brought to Russia only potatoes, but also the Dutch cheese-makers, so that they have helped to establish the production of cheese on a scale that was then considered industrial.

History of product development influenced our perception of cheese.

If England are accustomed to their "Stilton" initially, even the smell of wearing socks (socks?), Which he published - not a hindrance.

So today - a small selection of cheese, so that your Shiba cheese spirit that an inexperienced person it is difficult to force myself to their taste.

In the first place just two... the product? Brenda? In short, "Stinking Bishop" and «Pont Leveque "

"Stinking Bishop" - a work of Cistercians (monks generally notably cooked cheese, is immediately obvious - fasted and sacrificed flesh with the tour until the evening, that is, to fight were not stupid). It is made from pasteurized (???) milk and soaked in pear juice. Or soak and wash them a crust? In any case, the crust stink socks. Dirty. But underneath it - really tasty product, but the smell... If you can clean the crust and forget about it - my respect to you

"Pont Leveque" is just as good. It is difficult to understand - whether he has a nutty flavor. Whether fruit... just clean off the crust should be, because it stinks... sorry, in my nose, carrion. If a piece of "Pont Leveque," put in the empty refrigerator, the first thought that occurs in untrained person - the one where the mouse is in the refrigerator, not only hanged, but also disintegrated?

In second place for me, again, two cheese.

"Epuass" (he loved Napoleon Bonaparte) so odorous that even syrolyuby French forbid him to carry on public transport. It is prepared from pasteurized cow's milk and soaked in the local grape moonshine. They say that Bonaparte was very fond of the smell of unwashed bodies. I do not know, I do not know, but if we compare the flavor "Epuass" with the scent, which will go from anyone if you do not bathe in the heat a couple of weeks... Damn, have not tried, but I suppose that something similar. If we believe the very gourmets, the well-seasoned "Epuass" smells like a woman (dirty?).

If you dare, you will find something under the crust soft and very sharp taste. I have this taste did not appreciate. Or so: the taste is not worth such a smell. Although taste decent. Because in second place.

Close to Epuass second place in my 'Stilton ". Stilton, in fact, cheese quite another thing - it can be mild, but more often solid, mold evenly (or almost equally) distributed within a cheese head. It smells of being corruptible, old socks, stale dirty laundry and vanity of all things.

In fact, very tasty stuff, but here's the trick: Depending on the shutter speed. That is me, for example, like the taste of aged Stilton, it is more bright and juicy. But the young - it is some kind of... flat. And the smell of the whole Stilton. Just brush the crust to get rid of the smell, will not succeed.

Limburger, which smells unwashed armpits (so sorry), and the taste of which (with some flat sweetness that seems like not a leader, but noticeable), as for me, it is not necessary to smell

Brie de Meaux - it smells of ammonia, so it's just unbearable. I am a commoner, like brie from the supermarket, which does not kill its smell of dung flies straight on approach.

Munster - smells uncomplicated (just sweaty feet), and in fact - is cheese. From raw milk. In short, the taste is not worth it to suffer from the smell.

Well, you enjoy your meal! Be careful when collecting cheese plate! 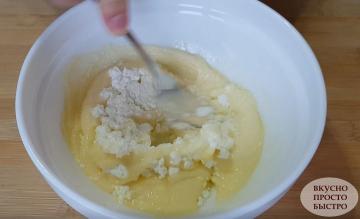 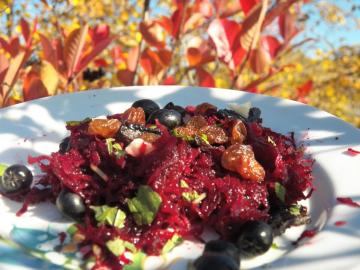 This salad biologically active because they do not undergo heat treatment. It is done quickly, ea... 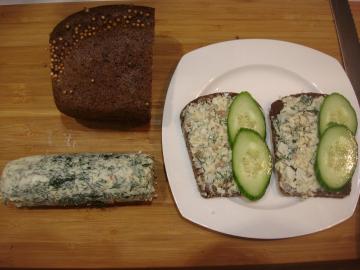 Sandwiches sprat "Innocents" and "On the sly." A simple dish, a dish emptied immediately.

Today I would like to talk about another form of sandwiches, but rather just two - "Simpletons "a...