Three of the original house sauce for five minutes, that will make the food taste better at times

In French cuisine - and, say, the French know a lot of delicious food - enormous number of sauces. This is probably known to everyone. So, dear friends, to be honest - a lie. Sauces much at all - and the French, and we and the Poles, and... Well, some ethnic cuisine take, there are sauces.

Because eat (it's an open secret) love it. And eat delicious - even more so. Sauces also let out of the usual and boring to do something new and neprievsheesya.

The only thing - is now more often we buy sauces in stores, we think that to cook them - difficult and long. In fact, nothing complicated and long in the majority of them do not... we do not deal with molecular gastronomy.

And if you dare to cook homemade sauce, you will not regret it. My selection of delicious, with each position are preparing minutes... well, five. A maximum of ten.

The most complex of the three - a mayonnaise sauce home. You know what is actually in the bag or jar of store? Not? Here I am, too... no.

Because rub the 2 egg yolk with one teaspoon light mustard. Bowl in which it is doing, should be warm. Now, while continuing to whisk, pour in there a drop (can be a big drop) 175 milliliters of olive oil. Weight in front will thicken (emulsified, about how). At the end, add one and a half tablespoons of vinegar or lemon juice, season with salt and freshly ground white pepper to taste.

Easy? Yes... as two fingers on the asphalt. And yet - delicious.

Incidentally, there is a sauce that even hands whipping is not necessary. Vinaigrette is called. We've learned that vinaigrette - a salad, but no originally vinaigrette - sauce.

Prepare a classic vinaigrette is a snap.

The bottle or jar with a tight fitting lid pour 4 tablespoons of butter, one tablespoon vinegar, season half teaspoon salt and fresh ground black pepper, cover and shake.

Classic French salad dressing, and along with seasoning for other dishes ready.

Complicate it with sour cream.

Those 4 tablespoons of oil mixed with two tablespoons of thick cream, add a spoonful of the stall of fresh green herbs, finely chopped, season with salt and freshly ground black pepper.

Well this is filling with fish fillet or simply boiled eggs, and is quite good for salads. 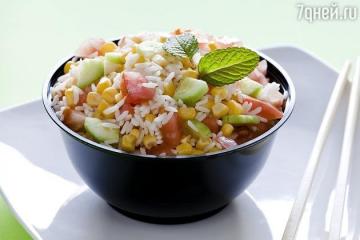 Funky salad with cucumber and corn on Julia Vysotsky

The recipe of this salad spied Julia Vysotsky, cooked, and I really liked it. Therefore, I hasten... 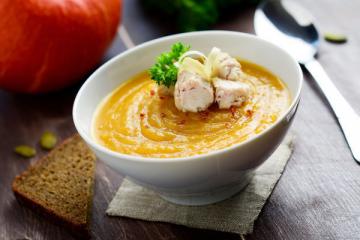 Power after the removal of the gall bladder: what can and can not? 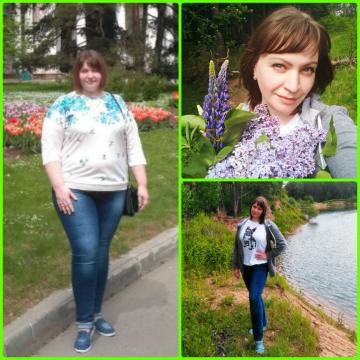 Eat delicious and have lost weight by 46 kg! Sharing menu for the day.

Who for the first time on my channel?Let's get acquainted! My name is Anja and in May 2018 I went...