Meat with mushrooms and cheese

I bet you know this recipe, but they forgot a simple -uzh hurt

Fans have a delicious meal is not a good habit - to complicate the dish so that instead of fifteen minutes (roughly) on its preparation will take half a day. A good friend that the mother suffers.

Caviar of eggplant, for example, prepare well, that's amazing. Sliced ​​onion and fry, shifted from the pan into a bowl. Washed the pan. Cut sweet pepper, fry, shifted to the other plates, washed the pan. Sliced ​​aubergines, soak for an hour or two, sit on them, sad, thought thinks hard. After a couple of hours to fry, to shift into a plate. Pan washed. When all the ingredients are prepared, it begins the process of gathering eggs in a cauldron to extinguish. Fried onions why else dozharivaetsya, peppers, eggplant, tomatoes... So, you see, and the day passed.

Something similar happens with the soup, and such simple things as fried in a pan fish or potatoes.

Oh, potatoes we all joints! - laughing friend. - Her mother fry portions. Well, in the sense that the roasting of a couple of minutes every handful - not to brown. And then collects it all back into the pan and fry... under the cover. The result is something strange, like mashed potatoes, the whole process takes two or three hours at least.

Family there for a long time understood why we need such a long and tedious rituals. The lady just can not stand to cook.

There are also antagonists of this lady. People that like to cook madly. But go the same way - all making it difficult (and even when it is unnecessary complication), and stretching the process for some terrible times.

But so many dishes that are prepared with polpinka, so to speak. And while the taste is not lost.

Meat with mushrooms, for example.

Cut the garlic and onion (large), fry in a pan.

Cubes cut meat, send the pan to the onions and garlic, fry.

Cut mushrooms into the pan to send the meat with onion and garlic, fry.

During alternate "throw" the taste and flavor of each product infiltrates the other product, the result is not to scale and chord. Very slim. At the end we add a little water, salt, spices and simmer until tender.

When serving sprinkle with cheese and herbs. Enjoy your meal (and the less you work in the kitchen!) 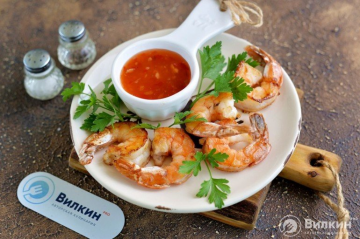 Garlic fried shrimp is a versatile dish. They can be prepared for my husband with beer to watch a... 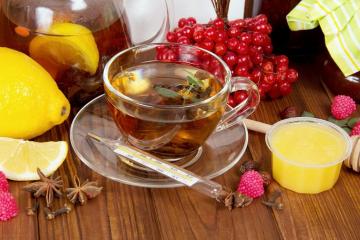 17 effective ways to get rid of different types of cough

Keep a must! 1. Cut the radishes into small cubes, place in ovenproof pan and sprinkle with sugar...