Mint marinade for beef: a new recipe for barbecue season

How to turn in the most tender beef delicacy? I know, I know, many now offer a look at the price tag, and say - at this price only delicacies and sold. For a decent piece of beef is now asking for much, if during the life of the meat was walking on the high pastures of Tibet under the supervision of the Dalai Lama ...

But also delicious! I'm here, for example, do not eat pork. Rather like - it, but through the power. I do not like. A beef - very much respect. And I do disagree with the fact that the meat is desktoe supposedly as it is cooked.

Beef must be prepared properly, gently, with love. Nala for example, pickle. I must say that a piece of meat marinated great for home cooking, but the same recipe for the marinade is perfect to open the season barbecue.

Here in Moscow on skewers is early, and if you do so - I suggest to practice in the kitchen

So... meat coated with marinade of mint, balsamic and apple cider vinegar, oil, sugar and salt, wrap in foil and send it in the fridge for a couple of hours.

I like to see for yourself a large piece. It can be cut into portions and kebab mix with the marinade, but after that, still wrapped in foil. I do not know why, but it was tight "wrapping" helps the meat to absorb more flavors and become softer.

Then everything is simple. After a couple of hours gat meat from the cooler and another hour (but most lazy may miss it) give it reached room temperature. Then send in the oven directly into the foil.

Food scheme: 15 min at 220 degrees, 180 to reduce and keep hour. After remove the upper part of the foil, switch 220 again and hold for another 15 minutes. The options are - if you love roasting with blood, the time can be reduced if roasted and softer - to increase.

On a side dish to meat, I had vegetable sandwiches. With them everything is simple - vegetables cut into slices, sprinkle with salt and spices, collect a sandwich - a slice of zucchini, Pomidorka, then cheese, then eggplant. And all of this ship briefly on the grill

Ah yes, the exact recipe for the marinade 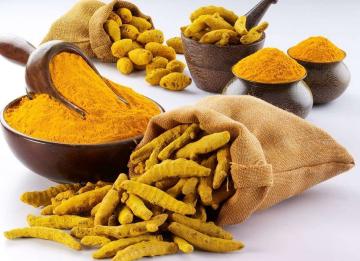 This spice powerful tool from anemia, arthritis, psoriasis and angina. It helps with diabetes, an... 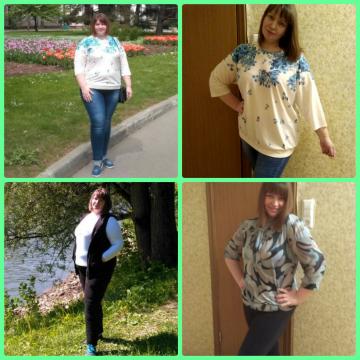 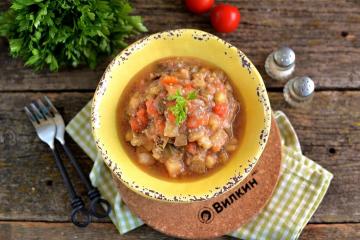 Ask any Odessa citizen what his favorite summer snack is, and he will answer without hesitation -...