In Moscow, opened the well-known St. Petersburg bakery Bush. I went myself, do not understand why it is so fond of St. Petersburg

In St. Petersburg, the locals are very fond and proud of coffee house Bouchet. How are coffee shops that have opened in Moscow, and what they cost. He went to find out.

Summer was in St. Petersburg, and there at every corner coffee shop met Bush. Location in St. Petersburg I liked it, it is nice to be, but something special I could not see it (the link to leave a review at the end). Recently I learned that in Moscow also began to open coffee shops with the same name.

I had to go and find out, as there mentally or as they say in the Bush - bushevno. First I will describe common things, but in the end summarize, which will tell you whether to go to Bush in Moscow.

In Moscow, a few coffee shops (of 3), 2 of which are in the center, and one which I visited, on the outskirts of the shopping center Salaris. I stumbled on it by accident after a shopping trip at the weekend.

If I did not know what Bush, he would have passed by, since no markings, it is a coffee shop there. At first I thought that the policy prohibits the mall brands posting "excessive" information about yourself, but neighboring burgernoy with recognizable all right.

Apparently, such a discreet design signs still whim of the owner. But it's not my cafe, so not for me to decide, but I have tried to point out the sign that this pekranya / café, a stranger to it was easier to understand. Let's go inside and see what awaits us.

Inside of us meets with a spacious hall, which is decorated in the general style coffeehouse Bush. However, in the room shopping center this format, in my opinion, not very cozy. Lacks some detail, the eye does not catch hold.

A lack of visitors also did not have to stay inside. Maybe it was just that there is something wrong with the prices or product range. the table menu, I did not find, so he went to look for the booths. I wonder whether there is a difference in prices between Moscow and St. Petersburg?

Range, it seemed to me, not as extensive as in St. Petersburg. I do not remember exactly everything that was on display in St. Petersburg, but in Moscow for sure there was almost no bread. And what about the prices?

Prices in Moscow were higher than in St. Petersburg. This is not surprising, because in Moscow, rent and staff salaries are more expensive. Although in the same Starbucks, which is the price level similar to Bush, the prices are the same everywhere. I wonder whether there is a difference in taste?

On the palate, this time I have nothing to say. In the coffee shop at the time there was a glitch with the cashier, and I could not make an order to taste the desserts. I was late for an appointment and wait for the problem could not be solved, so we had to leave. But even without the sample I got the general impression of a place.

It seemed to me, to anyone not familiar Bush in Moscow. In Peter Boucher know, love and pride. A coffee shop in Moscow has not yet gained recognition, so rooms are empty, though, is in the center of things are different.

Moscow has its own bakery, which has long been there and they love visitors. To compete with them is quite difficult and one of the brand here is not enough, so you need to be interested in something new. I hope it will turn out at the Bush, happy to look in to it again, but as long as the place did not surprise me.

Place Like to rate this article. And not to miss out new recipes,subscribe to group Odnoklassniki! 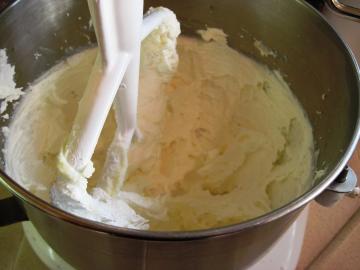 Tasty you did not try!

This is something incredible! Amazing pastries! The successful pastry, fragrant and delicious cak... 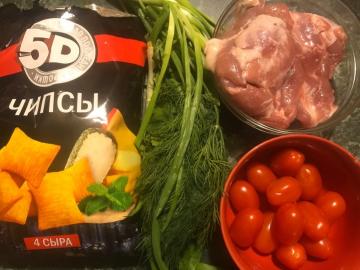 I love otbivnushki fry in batter and lezone. But I wanted to cook something not banal.Available I... 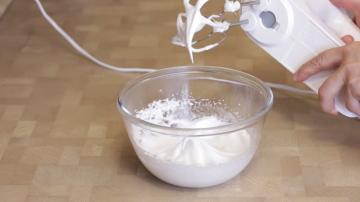 Cake without baking and cream

In the summer it is very much appreciated cakes and desserts without baking. The basis of most of...