How to cook plum jam seedless, which has almost no sugar

Forgotten recipe plum jam from a country that no longer exists. In the former Czechoslovakia is jam attributed to the jam, though I do not think so.

My friends from the Czech Republic sent me a recipe for plum jam. This recipe he got from his parents, who were born and grew up in a country that no longer exists. In 1993, as a result of the velvet divorce of Czechoslovakia disappeared, but were born Czech Republic and Slovakia.

Something I digress. Return to our sheep, that is to jam. The beauty of this recipe is that there is almost no sugar. Density is achieved through a large number of natural pectin in the sink.

Therefore, if you liking savory preserves, advise to prepare a few jars for the winter.

Recipe for some reason called "The Soviet jam", although, in my opinion, to jam it more watery. I almost did not find the Soviet era. If you know how to prepare the Soviet jam, tell us about it in the comments.

Plums are washed and remove seeds. Cut large fruits into quarters, smaller - in half.

I send plum in a pot for boiling and fill with sugar. I put on the stove and cook for 20 minutes over medium heat. The goal - to give the plum juice and softened.

Remove from the heat and give a little cool. Then wipe plum mixture through the machine to clean the fruits and berries. On the machine for cleaning, I wrote earlier, leave a link at end of article.

Plum puree obtained after wiping is poured back into the pan and put on fire.

I bring to the boil and cook for a total of 40 minutes. Jam should thicken. If not, cook for another 10-15 minutes.

Another hot jam is poured into pre-sterilized jars and lids close. Store in a cool and dark place. Since in this jam is not a lot of sugar, its shelf life without refrigeration - 4-5 months.

I love this jam spread on bread with butter and eaten with a cup of hot tea. I recommend to the preparation of all those who do not like to use to jam a lot of sugar.

Article about the miracle machine for cleaning fruits and berries. 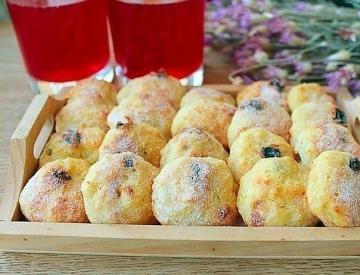 Cottage cheese cookies with raisins in a hurry. favorite recipe

Soft, delicate biscuits, which I just love! The recipe is simple, and baked cookies quickly - in ... 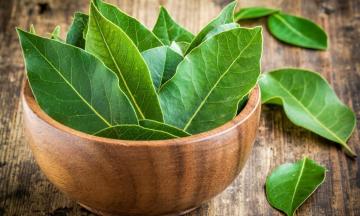 It is used in folk recipes from joint pain, kidney disease, hypertension, edema and diabetes. Bay... 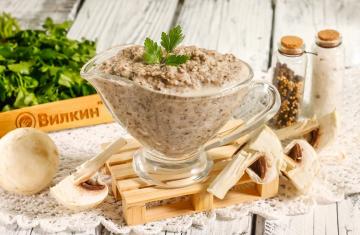 Those who do not have free time on weekdays to prepare full breakfast, lunch or dinner, I recomme...