The main secret of this cabbage soup

But I still say, the secret of this cabbage soup is that their prescription in nature... does not exist. All soup - real!

Their many species that the devil himself would break a leg.

Soup are full, they are called "the rich." Full soup boiled on a solid meat broth, and used as fillers vsne that the hand or in the refrigerator there.

Soup are prefabricated. Well, it's almost like halophyte - there are a lot of different meat products.

Fish soup there. They cook noble varieties of fish from the shallow river fishes or canned fish, fish, fresh or salt. You tried it? I admit, I - no.

Lenten soup are without myasa- with vegetables, mushrooms and herbs.

Soup are green - with sorrel or spinach.

Soup are gray north - for them to use lower cabbage leaves grayish color.

Soup are diurnal - after cooking them keep warm at least four hours, and then left in the cold.

Nevertheless, every cook has his own recipe and it defended as the only right one.

My real soup cooked on a good piece of beef brisket, and the meat is cooked very, very long time. Cabbage is always cook separately, but at the end of laying it in a pan. And it always have to prepare differently. Young - cut slightly larger and smaller stew, autumn - it is necessary to put out longer and have to chop thinly, thinly.

And at the very end of cooking be sure to put a pot of soup for an hour and a half in the oven, wrap it tightly under the lid foil - that the steam is not produced. As for me, this is the only know-how, which comes highly recommended for those who do not do - so little soup become like soup, which was cooked in old times - and in the winter (a heavy, hearty, if lucky enough, and products have been), and in the summer - a light, green…

Do you have any secrets?

Cough sauce of parsley. Vitamin C more than in a lemon!

Parsley respected since ancient times. It turns out that it contains 5 times more vitamin C than ... 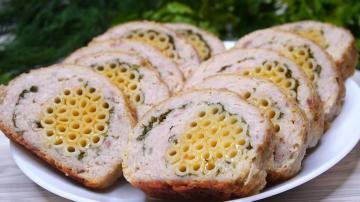 Will not remain indifferent! Unusually tasty main dish. Such a roll is required to win your home.... 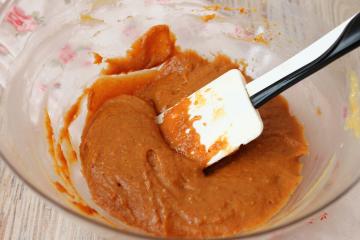 How to cook boiled condensed milk... In the microwave

Today came across a cake recipe with boiled condensed milk, all the products in the list of ingre...