Chicken, baked with lemon and spinach

Spring, sun and body requires vitamins, and domestic, at the sight of winter dull boring dishes threaten revolution and trying to portray Che Guevara (and all the time)? Give protest voters that he needs - vitamins and freshness.

Do it in principle, not so difficult. We need potatoes (preferably young, but has already appeared in stores imported new potatoes), chicken and spinach ...

Yes-yes, that spinach, which has a reputation undeservedly dull tasteless vegetable. In a variety of children's books mentioned or a bowl of steam cooked spinach, over which languishes unhappy do.

For the sake of promotion of spinach (which is extremely useful, really!), Even a cartoon series zababahali, Popeye-sailor, remember?

Perhaps this is because very few people know how to cook spinach correctly. Well, that is what we are now and correct.

So, take the chicken. A pair of drumsticks pair of thighs. Or thighs, cut themselves. Then as someone like that, in general, of course, I chose this set because we have fans and lovers of the tibia vedryshek. Just do not take the breast, there is no sense in it (in this dish).

Oil the baking dish with olive oil, put back the chicken.

Then we press the garlic. Not shelled, if you are on bad, close your eyes and push it with a knife, push!

basil and lemon cut into quarters torn hands. All this is spread on the chicken.

And then in the same form of cut potatoes. Clean it is not necessary, it is, I hope you remember? Clean new potatoes - a mortal sin!

All of this ship in the oven for forty minutes at 200 degrees.

You may ask, where is the spinach? And then spinach in a frying pan. On the pan we send the spinach just before you'll get the chicken out of the oven. First, melt the butter, then put the spinach leaves into it.

Fry just two minutes, then spread on the chicken and serve.

Ah, yes - what to do with baked lemon? It's simple! Squeeze the juice out of it on the chicken. Bon Appetit! 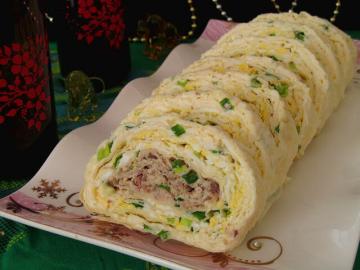 Excellent appetizer of pita bread for the holiday table and not only. Simply delicious! A cook v... 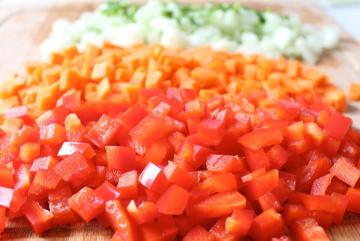 Buckwheat with vegetables in the pot or the famous "Breakfast tourist"

Nutritious, tasty and inexpensive! Good not only for breakfast but also for an evening snack. Tou... 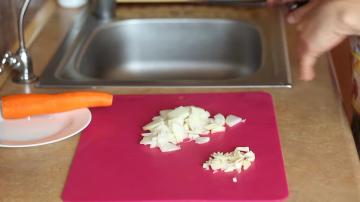 Tomato soup with potatoes and anchovies

We often try to diversify their menus and surprise your loved ones a delicious dinner. In autumn ...