Beer soup - very original dish. To begin with, that it is not alcohol - all the alcohol evaporated from it in the process of cooking. And yet it is ancient - hot beer soups in one form or another are presented in the kitchens of almost all European countries.

The only difference - in Poland, for example, beer soup very easy, it only fillers from raw egg yolk, but the further north - the thicker soups are.

It's long been known law, by the way: the colder the climate the thicker and more filling dishes. Germans beer soup is thickened with flour, but the Danes, for example, make a thick stew beer... Beer soups are meat and sweet, spicy and salty ...

We read "The Legend of Tille Uleeshpigele"? Remember, there was the phrase:

- Now I still get you a sweet-sour beer soup, seasoned flour, and filled with cinnamon

My soup is more like a classic Belgian version, only, perhaps, the kind of beer soups that use vegetables.

Well, I guess you can call it a day with the entry and start cooking (still beer left).

So do just potatoes and carrots boil a liter of water. However, how much water will not matter, because, as you know, ruining people is not beer, water destroys people.

While we cooked vegetables, fry the bacon in a frying pan, vytaplivaya fat.

Heated with? We send the onion and mushrooms.

Once the onions become translucent and the mushrooms flushed, cast from our vegetable water (let it stay there for about half a llitra)... and pour beer, two bottles. Do not look at the fact that the brand I chose - the choice was not very good, still prepared beer soup for the first time.

If you believe the professionals, the soup is better to choose light beer, light, low-alcohol and minimally expressed bitterness. I prefer the beer a richer, because took the stout.

After tasting and much deliberation came to the conclusion that the use of the dark fashionable black kid, I guess.

Soup with beer boil for a long time, 40-50 minutes. To all the alcohol out of it evaporate. By the way, back-taki for lovers of very rich taste, the water from the vegetables you can pour all of it, leaving only the beer.

The last step is to straighten out the taste of salt, add spices - cumin, pepper and anise. 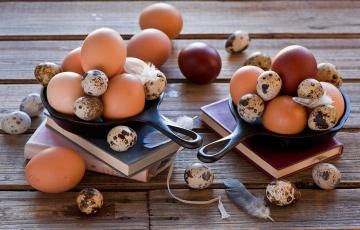 Products that can not be reused to heat

Which of our refrigerator is best eaten cold or reheated? Dangerous than heated foods? Read more ... 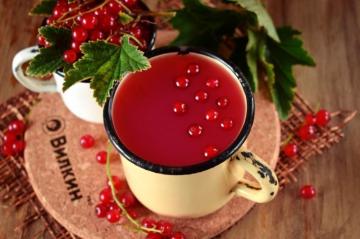 During the ripening season of red currants, many hostesses harvest them for future use in the for... 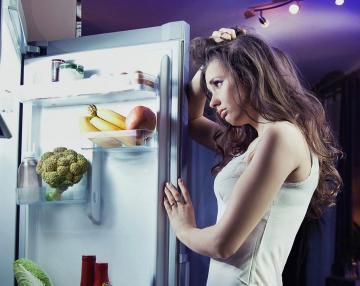 What to eat in the evening: food, normalizes sleep

Sometimes eat before going to bed is not just possible, but necessary. To soothe the body and the...