Dug in the collections of recipes, preparing to cook pollack "that same flavor." To be honest, I do not like pollock. This dislike has happened for many reasons.

Perhaps, the first - ever unsightly carcasses. Somehow, our producers is difficult to freeze and transport the fish so that it looked like food for people, not fodder for cattle. Perekorezhenye, peremorozhennye fish calf did not initially cause the desire to buy them. With fillets, too, all difficult - under the ice glaze may be hiding anything, so that the risk money and spoiled dinners would not be desirable.

Second - the taste of the fish itself. Well, here is to be honest, that may be made from pollock? Not if rasstaralas - it sounds good in heh. Heh, we Korean cuisine because, yes? I think it is organic pollack, because initially Pollack played a big role was in Korean, to us he "came" in the middle of the twentieth century.

Run at minced for meatballs? Here the question arises - it's worth it?

But there is one way, known to our mothers and grandmothers how to make delicious pollack dull. It is... to prepare it for a marinade or put out with vegetables. Magazine "Deli" gave me a wonderful recipe with olive oil "Extra Virgin" and dry white wine. But I allowed myself to begin to doubt that during my childhood there was olive oil on every Soviet kitchen because ...

Well, yes, we had to climb again in the collection of recipes for catering the old Soviet model.

Marinated fish, as such, it was not available. But I found a recipe for "the very pollock", stewed with vegetables. In principle, if the vegetables are put out separately, following the recipe, you'll get "the same marinade," which, like a coat, sheltered body of fried pollock and served cold.

Well, if you follow it religiously - is stewed with vegetables Pollock.

Mass of salt there is, alas, to no avail.

Preparation is simple: cut pieces of fish fillet with skin, without bones, put in a bowl in two layers, alternating with layers of chopped vegetables, Pour broth or water, add vegetable oil, tomato paste, vinegar, sugar, salt, dish covered with a lid and stew until tender (45-60 min); 5-7 minutes before the end of quenching add pepper and bay leaf.

At home (or even in the dining room where the chef does not take home all), this fish gets a very even nothing! 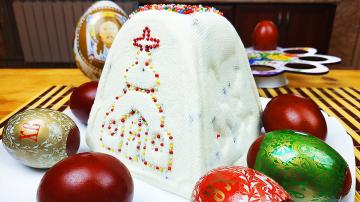 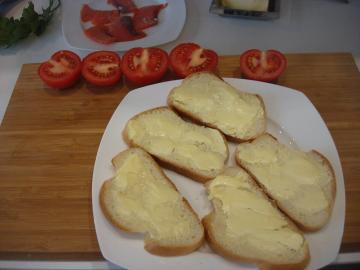 Today I would like to continue the theme with unusual sandwiches and tell your readers about the ... 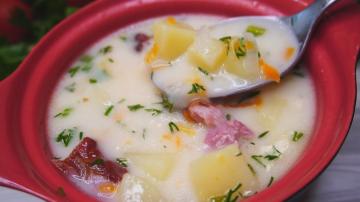 Simple soup with cheese smoked products, like his quickness in cooking and taste