He took me last night longing, nostalgia, and felt sad very noticeable. I wanted everything delicious that a child was used and very tasty, for some reason, did not seem to. So, it was commonplace.

And really... take, for instance, cooked sausage. People my age - those who have already crossed the threshold of forty, still remember that the sausage can be delicious. Especially if you fry it until golden brown, and with fresh bread. However, not fried sausage was still quite edible sausage.

Today is a sausage that something very strange is happening. They say that in the Soviet grade toilet paper and pushed all the waste deboning carcasses, such as cartilage, hair and other things. But I was here during the trip got a sandwich with modern cooked sausage.

So, dear friends and not friends, sausage on a cut... was barbed. I am not kidding. That barbed. As if tiny, though not very hard, the spikes sticking out of the sausage mass. I humbly suggest that it is - there are all sorts of milled bone... Properly salted to taste for salt taste of the rest of the consumer simply did not notice.

You know, a prickliness was not even liverwurst Soviet times, yes. And in one of the cheaper varieties - sausage "Tea" nothing like this did not come across. Thought - can, toilet paper, then used in the production, according to ohalnikam was high quality, but now - not so? Why am I on the toilet paper -So say... just offered the sandwich with sausage keys landside dog-tramp. And you know - eat refused.

I it to what? In the days of my childhood prepared nautically pasta, and instead used the minced finely chopped and fried cooked sausage. And you know, it was delicious! I'm not even venture to create something like that, because it will turn nasty.

Just very strange, mystery of the century, we can say.

The second riddle century - jelly. Simple jelly briquettes. This is the most that either there is a children's food (although adults and believed that the drink).

Gnaw jelly in blocks (or custard too, briquettes, or fruit and berry mousse, also in blocks) it was very tasty. Kissel was different, was the apple was the cherry, was a sort of assorted - berry fruit.

And all of it was delicious! That in dry form that, I'm sorry, in the wet - that is cooked. One summer, I decided to revive old, build a cold kiselka. Bought, yes. Spread. In an enamel saucepan, where I threw it at his head, then had to boil water with vinegar to get rid of ingrained dye enamel.

Of course, I understand that the dye is in the pudding thing important, almost as important as a flavoring and coloring agent should be of high quality to ear! But excuse me, why in the days of my childhood pudding I managed to be tasty and not painted dishes, mouth, hands, stomach, and all the surrounding neighborhood Kisel? Why, then, you could buy a cake jelly and quickly cook it, and now, to get something more or less edible, you need this badyazhit pudding from scratch, wasting time?

Soviet times, a lot of abuse... They say, and meat and then cut with booths, and a hundred varieties of sausage was not, and in general - how people survived is unclear. And when I write about a lot of products that were then better, then begins the scandal, saying that you, Muscovite, a spoiled life.

Well, here today, only two products recalled from childhood - sausage and pudding. And now they, you know, unique - and at reasonable prices in retail stores - not. And then they were everywhere. Does not it seem strange to you?

I want to eat all at once! What a delicious and most affordable products. Very tasty cookies wit... 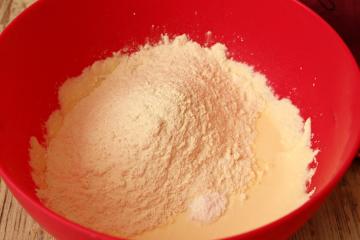 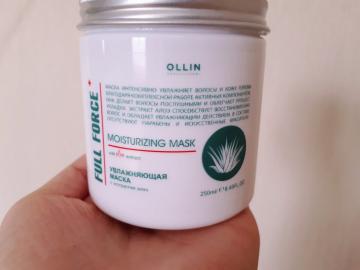 Fiscal professional mask, which makes the hair from both advertising

I lightened and any tinting the hair, so take care of them try to use professional products. The ...