A masterpiece of French cuisine from the bones and trimmings

And you can cook yourself! O-la-la!

Traditionally, the French cuisine is so refined that even to talk and write about it should be, leaving mannered little fingers. Croissants, escargot, foie gras, béchamel, Dauphiné, souffle, velyute, demiglyas ...

Even in French cuisine a lot of sauces. And these sauces is also considered fine by most do not play. Incidentally, I have already mentioned them, but not all - bechamel velyute, demiglyas.

Recipe Béchamel somehow already given - it is probably the only sauce that really should be used for baking. Velyute will somehow another time, and today - demiglyas, the same sauce from bones and scraps, which will turn any dish into a real delicacy.

Most often write that demiglyas - sauce for cooking which is not always taken even bosses. Score. Nothing in it is complex, such that it can scare not.

In fact, all the rub is that very long to cook soup - sauce bases. But everything else - have so little things. But believe me, the time spent on the basics of cooking is worth, the more that the original can be cooked broth more and then - to freeze. 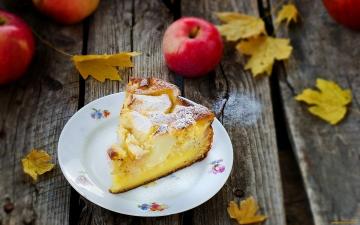 The time has come fragrant pies, hot tea and warm blankets. Sharing cake recipe for a cozy home i... 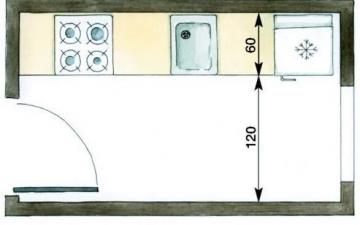 How to equip a kitchen?

Small kitchenWork in the kitchen takes us a lot of time every day. Washing, cleaning, cutting, co... 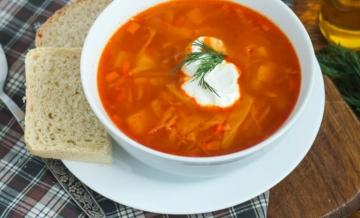 As I prepare soup. My secrets of delicious cabbage soup

I am sure that the soup to eat almost every family, and probably each family has its own recipes ...