You do not like oatmeal? I beg of you, you just do not know how to cook it.

We are with you now recall the principles that must be satisfied for making the perfect porridge. Do not look in the direction of England - of classic oatmeal - pretty dull dish. No wonder about her walks so many jokes.

Most of them bearded, probably born of the imagination of fans of Conan Doyle

-Berrimor, and that today we have for breakfast?

-Berrimor, and that today we have for dinner?

-Berrimor, and what we have today for dinner ?!

Why is he... really? Well, at least because the oatmeal in the bad old England often boiled water. Slivochki and molasses, honey and butter were served as extra toppings - to flavor porridge, and in the well-off families. A common people (and even good ploughmen farmers) had to be satisfied very sad and dull one.

Long live the civilization and the ability to cook the porridge so it was tasty, yes,

In such a case, take the pot, pour milk, cream or water (which someone like), the rate of liquid glass in a glass flakes (Some people think is too thick, but I think - so just right, considering that even the "Hercules" is now brewed quickly) and wash... cereals.

Krogda I saw this procedure the first time, said he was surprised - to say nothing. Just will not argue that the taste of this procedure varies, but if you use the classic oatmeal domestic production, and not super-processed cereal price for a horse, generously flavored with all sorts of flavors, you will be surprised - how many extra in them there. By the way, the classic "Hercules" gives a vivid taste of oatmeal.

If you like sweet porridge, add sugar before boiling water or milk.

By the way, do not forget to align the taste of salt (such a paradox).

Once the sugar has dissolved, sleeps grits and cook over high heat, stirring occasionally active, for about five minutes.

Then reduce the heat to low, cover with a lid and cook for another five minutes.

Then - turn off the heating, we can cover with a towel and leave for another ten minutes. And only at the very end add the butter and serve the porridge on the table.

To the classic way, this recipe does not hold at all desire. However, breakfast is obtained according to the delicious!

PS. if you cook porridge with nuts - it is better to fry in a pan and send the beginning of cooking. Dried fruits - in the middle of cooking, and fresh fruits and berries - only when applying. 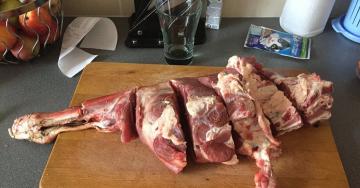 How to choose a lamb without peculiar smell?

Lamb - the meat special. Someone hates him, and someone on the contrary - adores. And the last ru... 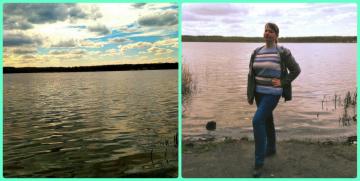 I eat delicious and losing weight. I share my menu for the day. Result minus 44 May 2018 kg. 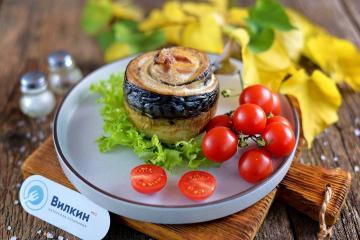 Mackerel is a very tasty, fatty and healthy fish, which has long become a frequent guest on our n...