How to cook a delicious mashed potatoes: five simple rules

I remember my first experience of mashed potatoes ended in a fiasco. I do not remember how many years it was then - maybe ten, maybe a little more. My potato was strange that the taste of that kind - lumpy gray mass, crunched on the teeth. Whether cleaned poorly, or improperly cooked ...

Oh yes, it has burnt. Now the parents, who then had to use it all, I'm sorry. And then an incredibly proud (but there is - not, motivated by the fact that naprobovalsya when cooked).

Since much time had passed and many kilograms of potatoes were pereporcheno until you brought your perfect formula for the preparation of tasty mashed potatoes.

The first point (although the final you can call it): no modern devices. Once I scrolled puree in the food processor bowl. More mischief than the left, it is difficult to come up with not puree, paste.

Why did it happen? And it's simple. With incredible speed rotating blade affects starch structure. A homogeneous mass of sticky, nasty surprise that the taste of that kind, that the touch.

The most offensive, that the result of other attachments (whisks and blades) differs little from the work blendernogo knife.

So only tolkushkoy, only hardcore!

The second point: there is no difference, coarsely or finely slice the potatoes, the main thing - that it was the same. Because if some pieces digested, they will have time to get water as long as the others - simply cooked. It would seem, what's the difference anyhow kneaded and stir all - no, more like felt.

Item number three - it is necessary to salt water. Uh-huh. Because potatoes absorb salt, and water may seem salted insufficiently, and the potatoes will be salted. Such is the perdimonokl ...

Point number four: milk. Without milk mashed potatoes will not be delicious. No, of course it is fashionable to hear the argument that, say, add maslichka, and some water will come down his whip, but that - for complacency. Milk gives softness taste and consistency - tenderness.

You can become generous, and take the cream. There is no difference.

The main thing - to boil them first, and hot (but better - almost boiling), pour into the potatoes. In the most optimal scenario, you can bring the potatoes until cooked in milk or cream, but this is for masochists - undercooked such a masterpiece only way to go (I tried).

Well, the fifth paragraph: butter and spreads no. All shaving brushes with these supposedly creamy taste that filled the shelves, in the mash will not go. If sandwich swab in the cold can still be edible, the sauce, melt when... Fu, disgusting. 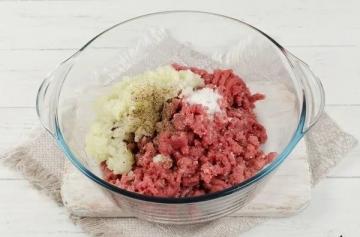 This cake is a very simple recipe. Suitable for both novice cooks and experienced. Look how beaut... 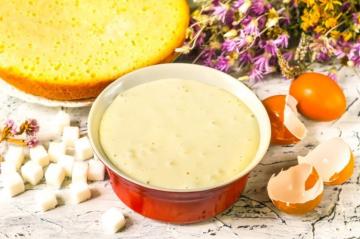 To get fluffy sponge cakes for a cake, you must first prepare the dough. It builds up very quickl... 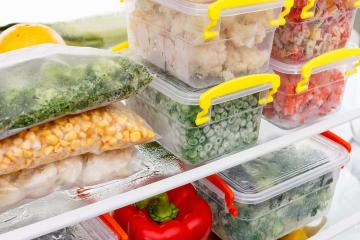 TOP-50 products which may be frozen for future use

What foods to freeze to great saving? I offer a very large selection of home life hacking freezer...