Looks like a sweet New Year's gift, which costs 99 rubles. I bought to see what's inside

I bought a New Year's gift for 99 rubles, and learned that candy manufacturers put into it. So sad I'd get a gift did not.

Soon the New Year, and supermarkets began to appear sweet gifts for children. When I saw on the shelf for 99 rubles a gift, I was very surprised, because the poor know what edible can be put in such a gift. I had to buy and understand.

At first glance, the packaging looks good, but as you know, the devil is in the details. The box shows the Christmas characters, Santa Claus, who looks more like a Santa Claus, but it surprised me more.

On top of the box the words "Happy New Year", but the side somehow emblazoned sock with gifts, which hang on the Christmas Day. Also on the box frequent leaves of the poinsettia, which are considered a symbol of Christmas in the United States.

One gets the feeling that the package designer nalepil on the box everything. But the box - it's the only thing in this gift is best done, let's see what manufacturers put inside.

When I was opening the box, I expect to see in it a scattering of sweets, but I met poletilennovy package. This surprised me. He presented the child itself, which reveals the present and meets inside the package instead of candy. Apparently, this is gift bag, or something I do not understand?

In general, it is doubly odd, since the creation of such gifts available from the manufacturer the task as much as possible to save money. So I would just candy packed in a box: it is cheaper and looks tidier. Let's find out what kind of candy rely for 99 rubles?

A total of 18 box of chocolates, and most of them - it's candy. Most candy names I see for the first time, and of the manufacturers I only know Krasny Oktyabr and Rot Front. "Chocolate" candy in a box of 8. I deliberately put the quotes, as there is clearly a bit of chocolate, one has only to look at the composition.

The composition here hellish. Enumerate all will not just look at the picture and you'll understand. And this is supposed to give children a gift. I have always believed that children should be given only the best, but this manufacturer was not thinking about it. Maybe even the taste of these sweets is normal, let's try.

Taste disappointed me. Although I hoped for at this price?! More or less edible proved to bar from the Red October, but it is only one of the 18 candy. In the other sense of taste sweets vegetable oils, other than caramel over.

And would you buy such a gift to your children?

In general, as I expected, New Year's gift for 99 rubles did not surprise me. But I do know that for this money you can build a simple gift with yummy candy brands. In the near future I will tell you how and where you can do it, so subscribe to the channel, so as not to miss. 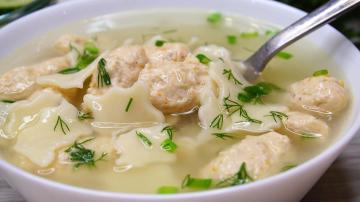 Cook and eat a soup - a real pleasure. Prepare quickly and uses a minimum of ingredients, and th... 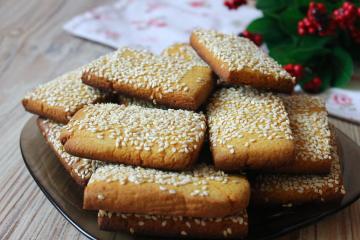 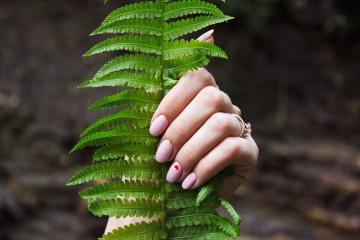 All my friends in one voice say, that if the nails are no color coating, the woman may not consid...