5 reasons why now it is impossible to buy a cake, both in the USSR

I believe that to cook a cake, the same as it did in the Soviet Union, it is now impossible. I have it there are 5 reasons. Do not believe me, then read on!

In the USSR, products for desserts, and indeed likely, mainly produced from local raw materials. That is, use ingredients produced exclusively within the country.

Now the choice of products is much greater. It is possible to buy Russian oil, and can be imported. This fact strongly influences the taste of the product and the process of its preparation.

I believe that it is not bad and not good, but it definitely changes the taste. What do you think?

In the Soviet Union there was no such technology and equipment, which is available now. This is not due to the fact that the country was in isolation, such technologies just have not come up.

Most of the equipment is still relevant, but some things have gone ahead. Changing the technology of preparation often affects the taste.

In the USSR, the whole country there was a single guest book, which regulates the process of preparation and the products used. The production was a lot, but prepared them equally.

Now the production has become even more, but the requirements to prepare for a unified state standards is no more, which directly affects the taste. Now most of the productions are prepared according to their own recipes, so a single flavor is gone.

In Soviet times, most of the desserts are prepared exclusively on oil cream, and there is an explanation. Since refrigeration equipment is not enough, then use an oil cream was reliable. This cream is more endures the heat and longer does not deteriorate.

Now this is not a problem, so manufacturers use ingredients easily with a short shelf life. Well, there was a huge amount of preservatives that can increase the shelf life. This makes the product not so useful, but the manufacturer is not so important.

When I think of this or that dessert from my childhood, it seems to me that he was insanely delicious. But when I cook it now, the taste is not so. This is due to the fact that we love to exaggerate memories.

Sometimes the taste influence not only the ingredients, but also the atmosphere in which we ate this dessert. Atmosphere of the past will not return.

That is why it is impossible today to buy a cake, as in the Soviet Union, which is a pity. But then there is always room for new discoveries and tastes.

At home on the channel I publish a lot of recipes for the Soviet guests and recipes that are popular right now. subscribe to the channelNot to miss the release of new articles!

A colorful and hearty salad with red caviar can be prepared in 10 minutes, provided you have the ... 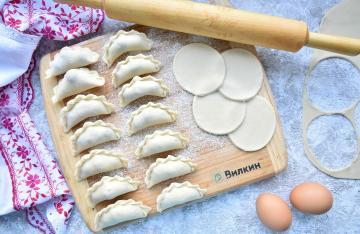 Dumplings can be cooked all year round, especially since frozen and seasonal vegetables, mushroom... 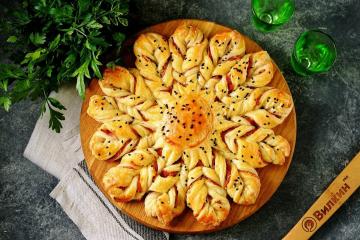 Puff with ham and cheese

A puff with ham and cheese is an excellent, very tasty, hearty crispy appetizer for wine or beer....