How to break the eggs. A simple rule, which is used by professionals

You might be surprised, but it turns out, not everyone knows how to break an egg. Most of my friends just break the egg on the edge of dishes, which are prepared. And it's wrong.

And that's why. When you break an egg on the edge of dishes, most of the dishes edge of a locomotive to the shell. And when you open the egg to pour it into a bowl, most likely the shell gets inside.

This does not always happen, but in the majority of cases. If you want to break 1-2 eggs, then remove the shell is not a problem. But when you cook something for a big company, then torment to extract the shell.

What place is best suited for impact

To begin, let's define the best place in which you have to beat the egg to split it.

All solid body has a place with high and low margin of safety. In the egg is the hardest part of the top and bottom. No wonder all the Easter knocking one of these parts.

A place with a minimum margin of safety from the eggs in the center, in the flattest part of it. This place is best suited for a strike.

How to break the shell of an egg

Egg take in hand and hit the central part of it on the table, so that a crack. Making it the best leading arm.

How to remove the egg from the shell

Despite the fact that the majority of egg extracts, pushing the half-shell in hand, this method is not the best. When you remove the egg in such a way, it is likely that the yolk touches of sharp edges of the shell and tear.

To this did not happen, I will teach you how to break eggs, as do professionals - chefs and confectioners.

To make it clearer, I removed the video that will be the end.

How to remove the shell fragments from the broken egg

Finger moisten in water. Push a wet finger shell to the bottom of the bowl. The shell will stick to the fingers and can be recovered. 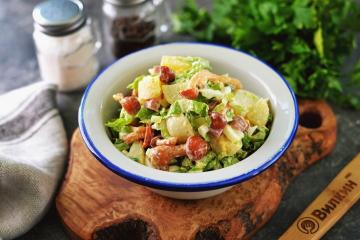 If you are planning a home party or a family feast, then try preparing a hearty and high-calorie ... 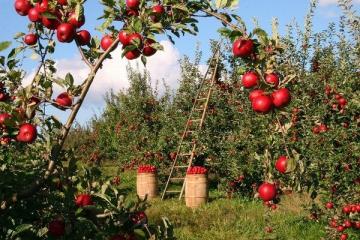 10 reasons to eat apples every day

(Photo: Pixabay.com)Apples are a healthy fruit. But few people know how much - this is a real nat... 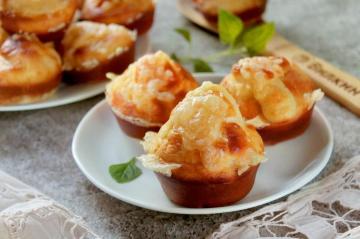 Muffins with ham and cheese

Airy homemade muffins with ham and cheese are an ideal addition to appetizers at a buffet table, ...