Soviet sokovarka not come to an induction cooker. How I solved the problem

Mother-in-law gave sokovarku Soviet times, but aluminum cookware to work with induction hob. Thanks to the ingenuity, I solved the problem and Navariya a lot of juice.

In the season of berries and fruits mother-in-law gave me a gorgeous gift - sokovarku. Together with her 6 handed buckets of different berries. When checking it turned out - aluminum pan does not work on an induction cooker.

Recycle berries into juice has become a problem. So I went to the store and bought an adapter for the induction cooker, but it did not help. For it to work well, the bottom of the cookware should fit tightly to him. Soviet pan blah obviously older than me and can not conform to the adapter.

The adapter worked and gave warmth. But the heating process was very slow. During the 15 minutes I could not even boil water. I decided that I have to give up cooking juice and processed berries in jam, but then it hit me.

The solution or "Nipple system"

Sokovarka works very simply. The water in the bottom of the boils, steam rises through the tube to the berries. Berries heat, burst and release the juice. Sokovarka to work effectively, the lower part must adhere to the container with berries.

I found this on the shelves with pots, which fits snugly against the sokovarke. I put it on the stove and boiled water, cover with sokovarkoy. Pan was ideal, so that no gaps were not.

Unfortunately, the original hose to this day has not lived, so I had to get out and here. To the hot juice is not splashed in all directions through the nose, I closed it from the foil tube.

As a result, sokovarka works for me, but it looks strange on the part of the design. In the near future I will go to the store for self-racers, there is hope to find a normal tube.

That's how I solved the problem of the Soviet sokovarki and induction cookers. I have already managed to acquire the juice turned out quite a lot. Part of the forest in the juice jam recipes sure to share on this blog.

✔ Replace the bottom of the pan to a modern sokovarka worked for the induction cooker. But so that the pan tightly against each other.

✔ Keep an eye on the water level at the bottom of the pan, so that it all does not boil dry.

✔ Remains of berries I poured sugar, fill with water and bring to a boil. Filter and get compote. 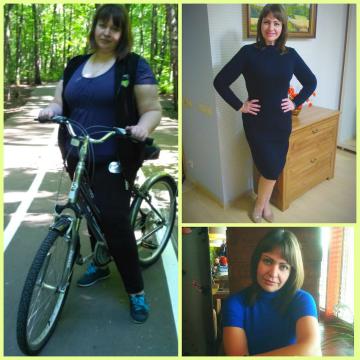 Minus 55 kg. And I still eat delicious, hearty and allow myself even more than before.

Greetings! Here we are glad to all who want to lose weight.No - diet on cabbage, carrots and hung... 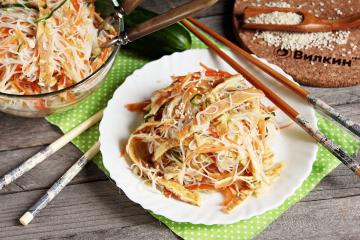 Very colorful salad both in appearance and in taste. It actually cooks quickly, literally 20 minu...

Juicy cutlets of turkey with garlic and cheese. Bake in the oven

Now chops I cook a turkey is the only way. I think this is the most delicious of all the recipe. ...