Founder of the International School of Bakery shared the main trends in the world of bread.

Bread market is now at its peak. I visited the exhibition Modern Bakery in 2019 and learned the main trends of baking.

From 11 to March 15 in Moscow hosted an exhibition for bakers and confectioners Modern Bakery 2019. There have been presented the equipment for production, and bakers have come to share their achievements. I attended a master class of Spanish bakers Joseph Pascal. He shared his recipe, which I will write new articles, as well as spoke about the trends of the modern bakery.

The general trend on the proper diet for a long time to conquer the world and now all food manufacturers adjust to it. Bread is also not left out.

The trend in the gluten-free bread or low-gluten content originated in the US, where, due to genetically-modified corn people started having health problems. Many people are born with a gluten intolerance or begin to have problems later in life.

According to the FDA (US Office of the US Food and Drug Administration) in the US in 2013, there were about three million people who have experienced problems when using gluten meal.

This trend has picked up Europe, and now it captures and Russia. Although in our country such a problem practically does not exist, we marketers are working well, which seeks to increase sales to companies inflate out of molehills. Therefore, it is not necessary to overpay for products labeled "gluten-free" if it is not a recommendation of your doctor.

Bread made from whole-grain flour - a return to the origins. After all, before there was another flour except wholemeal. Such bread is healthier than white flour. In the wake of proper nutrition people paid attention to it, and now all the more likely to buy it.

Bread with a high water content in the composition of

This trend is difficult to analyze, and it is not clear what is the reason. Bread with a high water content in the composition is similar and ciabatta bread. Such bread is very bulky, encloses more air than dough. It seems to me that this popularity is due to the fact that people like to buy bread large. If you compare the weight of a loaf of ciabatta Borodino and then you will see that the ciabatta with a larger volume would weigh less. But we usually buy eyes and take something that looks more. Marketers have noticed this and began to sell ciabatta cheaper, and the people began to actively buy it.

These are the trends now in the world of baking. The first two are related to the global trend towards the proper nutrition, the latter likely tied to the psychological factor, but this is my opinion.

Separately, Joseph Pascal noted that more and more people are starting their own bread oven house. This is due to mistrust of the producers who are in pursuit of the long term storage of a variety of stuffed bread improvers and preservatives.

If you bake bread at home, I advise you to try my recipes:

How to make sourdough bread at home

A simple recipe for sourdough bread

Rate this article and 👍 subscribe to the channelNot to miss out new recipes! 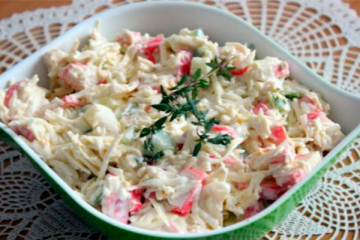 Salad "The Little Mermaid" with crab sticks and processed cheese. 15 minutes and you're done

It will hit the New Year's feast, I guarantee you! Salad with crab sticks are very popular on the... 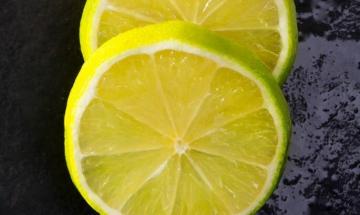 Why should I wash the lemons with soda in hot water?

Lemons I buy often - we are at home constantly drink tea with them, use the juice and zest for co... 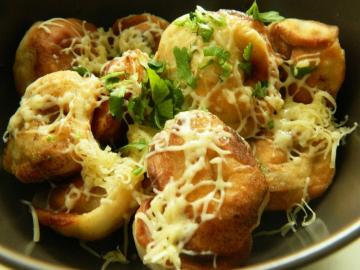 Fried dumplings with cheese. Delicious dumplings are even cheaper

If you want something tasty, but handy only dumplings, then cook them for this recipe. It turns o...