"The next generation of Soviet citizens will live under communism," said Nikita Sergeevich Khrushchev and, oddly enough, they believed him. Now I remember the stories of the older generation, I understand why they believed.

The country rose from the ruins after the Great Patriotic War. The prosperity seemed to be growing. They began to build houses - the very same Khrushchev buildings... And what was needed for the happiness of people huddled in barracks and survived the war?

So that there is no war, and even a separate house is like the highest degree of socialist happiness.

Plus, there was a period that is now called the "thaw", the industry continued to develop, what used to it was severely condemned as philistinism and Westernism (the same restaurants, for example), ceased to be a "forbidden fruit" ...

Not life, but a fairy tale.

And the New Year in a country that believed in a bright communist future also became fabulous.

What to put on the table if you decide to throw a themed party?

The sixties - the time when the "Book about tasty and healthy food" has already become, if not a desktop, then very popular, and Soviet - specifically Soviet - culinary culture began to take root on kitchens. And this means that the national dishes of the union republics gradually penetrated even into remote regions.

According to the stories of the older generation, one of the favorites was pilaf: tasty, satisfying, not very expensive (not as expensive as meat-only dishes, for example).

Here the picture is more familiar to us. Herring under a fur coat, salad with canned fish, and what we now call "Olivier". By the way, it's still a mystery to me - why "Olivier"? They tried to get away from the bourgeois name, those who study the history of Soviet cookery have noticed more than once - even the name "Olivier" in culinary books disappeared for a very long time - from the end of the forties to the end of the eighties (since you yourself check ALL editions there was no opportunity. I'll take their word for it).

However, the name "Olivier" was really in use among the people. True, lanspik and other delicacies in the salad itself were no longer observed.

Of course, aspic - where without it. And just the same jellied fish, ever-memorable to all, and also jellied meat. But it was possible not to talk about him, he is a classic.

Lemonades and, of course, Georgian wines. Not compotes and vodka (although they have a right to exist), but industrial lemonade and Georgian wine, which were then associated with a good life for many.

Purchased cake! There are no options - either "Kiev" or "Prague", and then you have a table - for five balls. You can also biscuit-cream, the main thing is purchased. To show that the hosts of the holiday are not just someone there, but with a cake.

And most importantly - don't forget to turn on the TV! on the screens The first "Blue Light", was released on April 6, 1962, at first it was a weekly program, but then it became exclusively festive. And since 1964 - New Year's, which later became a tradition. 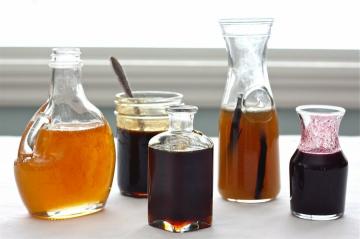 Good cake - a delicious cake. So most likely biscuit. But unfortunately the biscuits themselves r... 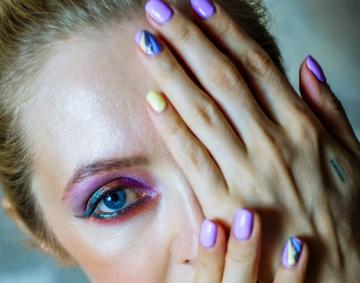 Nuances applying mascara on lower lashes, after 50-60 years, which will help to rejuvenate the eye visually

Hello, dear readers of my channel. Today I want to tell you about the intricacies of applying mas... 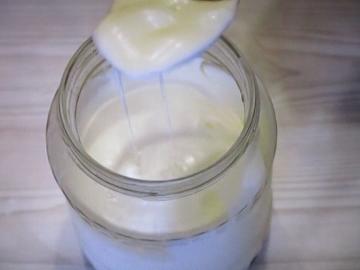 I want to tell you how I cook at home The real sour cream made from natural home of heavy cream. ...