What was the secret of taste of herring-iwashi Soviet times

- Thank you, Leonid, for taxis and iwashi!

If someone does not understand what it meant, I will explain: when respected Leonid Ilyich raised the tariffs for taxi service twice. And the usual herring on the shelves for some reason changed herring-iwashi, and it cost many times more expensive.

And the people were dissatisfied... Live At that time I, too, perhaps, he expressed his "phi". Because iwashi, of course, differ good taste, but herring, in fact, was not. Ie herring and iwashi - sardine - different fish and the taste they were different.

However iwashi that in my childhood was still, I loved.

I will not say that it very homesick, because in fact it was not. However, having seen recently in the store iwashi bought without hesitation.

And so you think? Not disgusting, of course, but very, very wrong. The difference is difficult to describe in words, it is necessary to try, I can only say one thing - as heaven and earth.

During the-first, he was distinguished by the taste of fish. Clearly it felt that use some kind of a recipe for pickling. Like it or not, to visit the Soviet era, or rather taste the products produced then enrolled in the subcortex.

Secondly, fish differed its consistency. Sprawling for cleaning, she had a strange shade of subcutaneous Zhirkov and a strange smell - no, not the spoiled fish, but... wrong.

Began to dig, what is the reason.

The reason - the main - that iwashi can not be stored and frozen before treatment. She gently herring, she did not stand! She was pulled from the nets - and immediately have to wash, clean or not clean, and salt-pickle. Right on the seiner.

In Soviet times, the fishing fleet had such seiners, which catch immediately went into treatment. Now - alas, no. It turns out that only a few years ago one of the companies has equipped two - I repeat - two!!! - ship to catch iwashi.

The reason is simple - iwashi departed from our shores, and thought that to maintain unprofitable equipment. Now she's back (there's something complicated food, spawning and water temperature), and the catch-and nothing!

Because if you see for sale iwashi, the chance that it caught "our" and prepared according to the rules - the minimum. Most likely - it bought frozen from the brothers - Chinese ...

Well, and the second - a recipe for pickling, as I mentioned earlier, was regulated by GOST. I found GOST 1084-88 http://docs.cntd.ru/document/1200022150, Herring and sardines Pacific spicy salted and pickled. Specifications (modified N 1, 2). It's like the Soviet Union more, right? At least DEVELOPED AND INTRODUCED by the Ministry of Fisheries of the USSR. A thereto - User fabrication spicy salted herring and pickled (barrel).

What do you think, how many companies now it is respected? Something tells me - only to very large, and even then, most likely, not at all - new methods, they allow of frozen sardines do iwashi.

So far (soon) it is better not to buy into the nostalgic-enticing name on the price tags. To iwashi was "the same as before," it takes years... for that taste of one of early, completely forgotten by all. 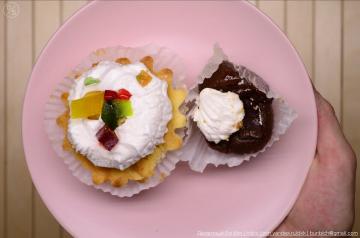 I bought a bag of cakes in Moscow for 260 rubles. Can we eat them? Tested on itself 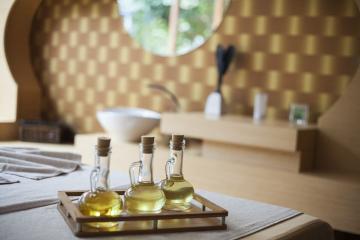 As unrefined oil turns to poison and other niceties

Vegetable oil - a product that is familiar to everyone. And yet - the product with which each may... 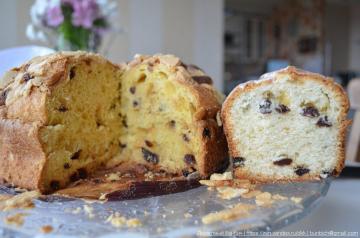 Experiment: cupcake bought for 900 rubles and 120. Is there a difference

I bought in the store cake for 900 rubles and decided to see if there is a difference with cheap ...