This disgusting and for the money? Products that are expensive, but the taste - no

There are products whose taste I can not understand. Well, not "weighs" on it the amount that they ask for! It does not weigh!

I still remember the first time I tried (and ate) oysters. They say they are delicious. Perhaps, in order to understand their taste, you need to have some kind of special, very aristocratic papillae on the tongue.

Because for me, a half-dozen "Belon" became torture. Firstly - psychologically, of course, difficult to eat a living creature. For someone maybe not for me - yes.

Secondly, I did not understand, and that, in fact, they this? Well, here you opened this oyster, you sbryznul it with lemon juice, sucked it into his body, and taste? Taste you the sea and the lemon juice.

Even if you would not sucked, as recommended by some, and really chewed (oysters chew, huh), all the same - well, it has no taste wonderful!

You know, I tried to cook them - thought as well as understand. What are all in shellfish. Since then strengthened in the opinion that oysters - naked king of cooking. Stand - it's expensive, there's almost nothing in them, no matter how crude you consume it or processed, taste really is not, but still praise. Because if you do not praise the oyster, they will say that you are not a foodie.

Since the liver I have all the complex relationships. I'm not too fond of the taste of offal. Or rather, I do not like it at all. And if a cook liver, then try to do so, the taste was not dominant.

Pies generally prefer meat, and not the liver. Well, ok, a certain percentage of the liver they may be... But only if it does not clog "interior" taste of everything else.

You know, foie gras, duck that that goose liver painted me as the food of the gods. Mol, only liver specially grown and fattened birds selected species has a delicate creamy taste and bla bla bla in the same spirit.

I honestly tried all this refinement Prochukhan. And more than once.

For the most part pates. But once I had a chance to order a terrine. So, liver there and that's it! And no, in fact, no sophistication. Even if it is combined with truffle.

Oh, point number three - the truffle. I even scary to imagine what rabid attendants want for this fungus, given the cost of food with him in catering.

They say he has a very ethereal flavor fragrance, and every gourmet simply must eat, sorry, truffles and fall into ecstasy lukullovsky them. They promise that they will taste much like toasted sunflower seeds silt nuts. So in conjunction with mushroom flavor, such as ...

In short, after trying to understand why the truffle so sing, I was born a suspicion - it does not cook talipomanus restaurants Mushroom is overrated. If he grew up on each clearing as russula, it is unlikely to be so sang.

Do you like what lauded delicacies do not understand and do not believe it was delicious? 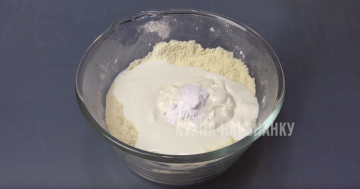 "Smetannikov". In our school canteen they were sold at 7 kopecks

These biscuits are always sold in our school cafeteria. I even remember the price - 7 cents. Soft... 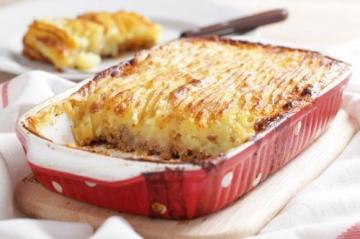 This recipe shared with me girlfriend. Extolled so that I, too, has adopted. And now I just can n... 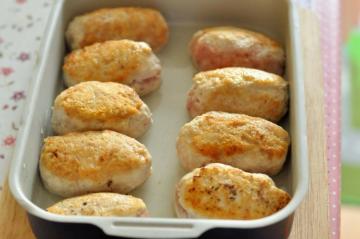 These burgers are good not only for children but also for all who show diet food.Ingredients:Fish...