Three rules tasty chicken cooking, which is desirable not to break

Chicken in all its forms - one of the cheapest meat is now. Let us once again go through the preparation errors, which can spoil the taste?

There are three rules that should not be broken, never.

Rule one: spices should be in moderation.

Chicken - dense, tender, with a rather bland taste. Spoil it very easy - a little more herbs, and all you have is not a chicken, but something strange tasteful herbs or peppers.

Therefore, never - well, that's the word if ever - do not use in the preparation of birdies dill. Dill seasoning at all one of those "so-so". This salvation for talipomanus cooks and those who can not cook from the word at all.

More dill - and its taste and smell do not know what actually eat. That is why fennel is so popular. I know, now I fly sneakers - say, dill is a cornerstone in the foundation of spices of Russian cuisine, to which you reply, when there is absolutely nothing, then come down and dill. But connecting with chicken fat, it gives a terrible cacophony discourages appetite.

French Emperor Napoleon hated chicken. He had since early childhood, and over 30 years of eating mostly chicken. When he became the ruler of one of the decrees was categorical prohibition apply bored with food, up to the guillotine. It is clear that no one could disobey Napoleon I, until such time as the service of the emperor did not cook Lyagyuper.

Chicken that causes the monarch disgust came for lunch. And not to demolish the head cooking, if it had not managed to persuade him to taste a piece of food, and only then decide his fate. Curiosity is pleased Napoleon tried the chicken and was impressed. A complete unknown, but the wonderful and fragrant taste of chicken won disgust. Chicken was included in the menu of the emperor, and Lyagyuper using herbs and spices, managed to serve it so that every time the chicken was a kind and unique, exquisite taste.

It turned out, the cook was a secret in the cardamom. Of the tested spices can recommend turmeric, curry, coriander, garlic and paprika.

Rule two: if the chicken is baked, the only place breast side down. Otherwise, it will dry and half chicken is tasteless. Here.

And the third rule: if the chicken bake or grill, always gets the job done - that is, until golden brown. Otherwise useless by frying or baking, you will not. A chicken stew - especially if originally conceived another option - goes dull, tasteless, because extinguishing the receptions. 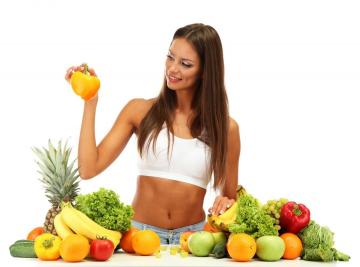 Quickly and profitably to throw off a couple of pounds? Easy!

How to lose weight fast? Scientists give all 5 are not burdensome tips: how to still get rid of Z... 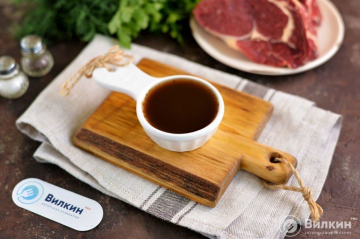 Any beef steak, even the finest quality, can be cooked in several ways. One of these is in the ma... 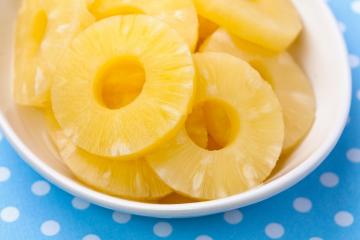 Want'll give you a very delicious homemade canned pineapples? And not only they do pineapples and...