I always thought that the choice of a rabbit for cooking - it is, if not a trifling, it is quite simple. That is, the majority of ordinary users, even frying pans and saucepans know how to avoid fraud on the part of the seller. But no! Not so simple we have to compete in markets... and in stores, by the way, too.

The most common fraud model - a slip to the buyer instead of a rabbit or a cat... a cat. I write these lines and look at the sprawled on the windowsill of our cat. His impudent striped snout demonstrates extreme contempt for the imperfect world. But the youngest daughter enjoyed it the same location. Because I'm sure - for merchants who issue for rabbit cats, devils in hell have prepared a separate pot of boiling cream.

And if briefly - I do not want to buy a pig under the guise of a rabbit.

For this we need to look at the legs... Until recently, conscientious sellers left leg intact, just so you can understand what the animal is in front of you on the counter.

But this advice for those who bought the carcass in the region. In Moscow such will not meet (thank those god).

But in Moscow the most fairest way to prick loin. Whether it's small shops or large grocery markets, such Fudsiti where I often make purchases, cheating all the time.

For example: rabbit fillet in district stores sell for 450 kilos p. And in the market and 350 can be found, without really straining.

Then add - meat in the carcass is worth 450 rubles per kilogram, while the legs and did not find a cheaper 650.

Immediately the question arises - what a strange pricing? And if you are trying to answer is to tell stories about some producer with a super-duper huge volumes of slaughtering rabbits, go away from this seller. Let tells tales of others.

You see, in the rabbit loin is very, very small. All the meat is located exactly on the feet. If the rabbit is fatter - even on the back. No more FILLET there!

Now think how under these fee per carcass and legs, you may be given a fillet at such a low price?

The answer is simple - in the course is a fillet of chicken thighs. Correct pruning Zhirkov and you are in your life do not understand that in front of you. Except that if you are not a professional gourmet.

Because, my friends, take your normal legs and let deceive ourselves. If you are sure in the seller - you can take the whole carcass.

PS. Fans pity the poor beast pass. Rabbit in our culture and in our mentality - the food. Namely, the food and the channel is about.

Well, all the rest - bon appetit! 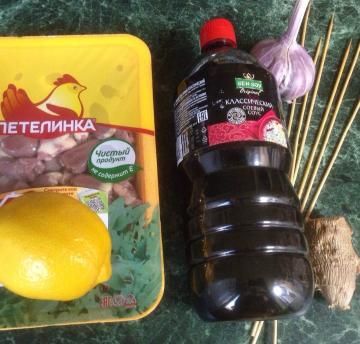 Two dishes of a pound of hearts. Dinner is not worse than in the restaurant!

Initially I wanted to do - just skewers of hearts on the usual recipe. But as they say: "Ostap su... 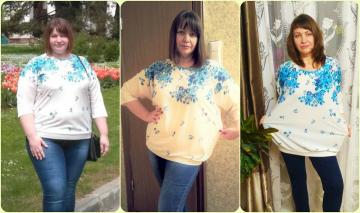 Minus 57 kg without disruption 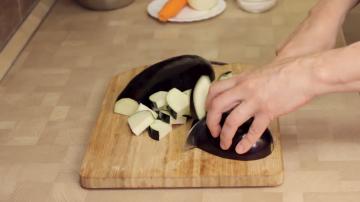 If you are a lover of spicy Asian dishes, beef or chicken in sweet and sour sauce, then this opt...