I am old. I am a superstar. Well, in the sense that it is not wrinkled, but - in a magazine. And it is not simple, and printed. "Culinary workshop" number seven has published several of my recipes that will surely, very nice.

Still very nice to read about what I'm successful and correct (right stroked himself on the head and crack up). I do not know how to comment on it, but CDA happily jumping, shouting:

If you talk seriously, without trying to include irony and without devaluing their own achievements (and they certainly are) let small and recognition - happy. In Russia, for some reason it is assumed that home cooking just the place for a woman. Professional - is quite another, there is, they say, men are better, that's why the men were always chefs, and women - cooks (Although I can not understand what the difference is, the qualification of both was the same, or they are prepared well, or - badly).

In fact the house is prepared regularly many men, but admit it considered it beneath his dignity. Trend masculinity interferes... I by the comments in this channel judge. There are people who come to the sensible remarks with which to discuss some nuances. There are those that just write shit. There are just "unichizhiteli" proving that cooking - is not a man.

Fie on such short.

Food - it's like music or painting. Food brings sensual pleasure, not for nothing Epicureans believed tasty food with one of the main pleasures. Food not only gives us strength, it improves mood.

Because the devil claims that a person eats only to live, but how to get the calories - no difference. Each dish turns out to be on the table should be beautiful, and delicious.

And then, even life seems brighter noticed?

Well, okay, enough philosophizing. Today there will be recipes that will only boast (sometimes you can afford such a delicacy).

But links to favorite reporters dishes I still leave, especially since all of them described in Zen:

Mint marinade for beef: a new recipe for barbecue season

Lazy cabbage rolls that will transform your idea about this dish: tasty, simple, unusual 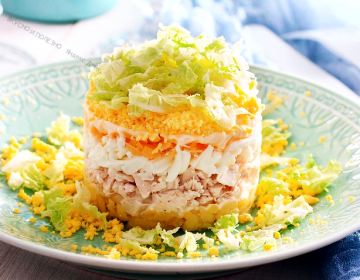 New layered salad on holiday table. He flies off the table in 5 minutes! Unreal tasty, hearty and... 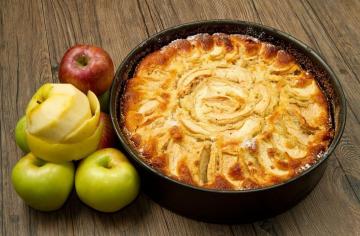 Amazing sweet pastry with apples, which is prepared easily and eaten even easier!Ingredients:1 tb... 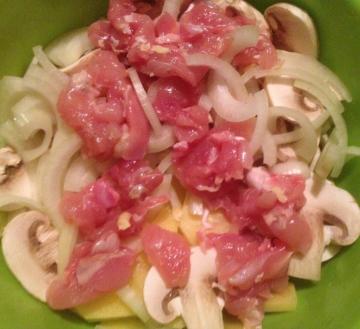 Dinner from one of the legs.

I overlooked one sad whole leg, decided to cook dinner))No, well, so, I, of course, add to it a f...