The horror of my Soviet childhood (+ recipe for this delicious semolina)

Semolina was my childhood nightmare suspect, not just mine. Because in those days when the breakfast were given semolina, kindergarten was laying curtain of sadness and despair. And even in the corridors of the first floor (there is a kitchen) smelled like dirty wet hoes.

Why this terrible meal there in quite digestible (remaining) child care centers menu - I still do not understand. And, to be honest. I thought that an adult is not, push a spoon or a "delicacy".

Never. Under any sauce.

But recently at a party I fed semolina. And yet - a chef with experience of fifty years (working in Soviet times) suggested: a nasty odor is due to the fact that the milk in the garden... was diluted with water. And milk, most likely, it was not all fresh - then filled with a part of the old, and therefore added to soda (so as not to curdle).

If so - well, unscrupulous people are mean! And for conscientious, and for victims detsadikovskoy semolina - recipe Guryev. Really delicious.

About her I once read in a long time and Gilyarovskogo thought Guriev porridge - buckwheat, probably. After all, in a restaurant in Guryev fed pigs and piglets are often coupled with buckwheat. It turned out - no.

Anyway, down to business. take:

Nuts bathe in boiling water, clean peeled, roughly three-quarters - chop. Those who do not cut down, karamelizuem in a frying pan. This is not difficult.

First fry the nuts on a dry frying pan, then add a tablespoon of sugar and a little water, keep on heat until all is not grasp caramel (stir, of course).

About ten minutes to steam ship raisins, simultaneously drown foam cream: pour them into a wide saucepan and set on fire, as soon as the foam - remove it with a slotted spoon. We have enough five foams (one we shall cut strips).

In the remaining hot cream, stirring constantly fall asleep semolina, remaining sugar, cook until tender (do not forget to salt the, and you get a sweet and insipid). At the end of cooking add the raisins, slotted foam, stir.

The last layer to be porridge, sprinkle its sugar and bake in oven until brown caramel. Caramelized nuts decorate! 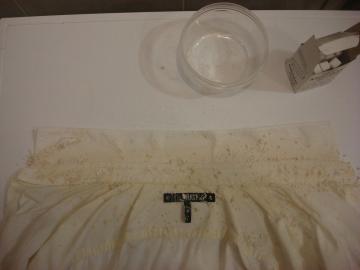 5 rubles, and so good! Ordinary chalk on the farm. Sensible selection!

In this article I will tell you how you can use the normal school chalk on the farm. You'd be sur... 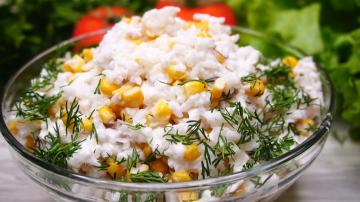 Salad of boiled fish with rice and corn

It turns out insanely delicious and you will certainly enjoy. In cooking it is so simple and easy... 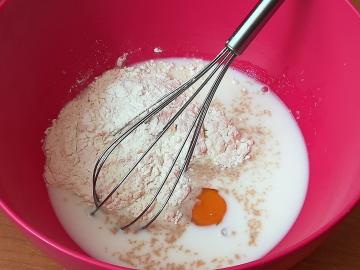 Crispy and delicious homemade baguettes, such as "French"

No, of course, this is not real "French" baguettes! The mere mention - "French", as it were, poin...