(Not) terrible chemistry: E621 in products. All minds!

You know what is a digital code E621?

This is the sodium glutamate, which frightened old women and babies - they say, do not eat, become a kid. Well, or pozeleneesh over time. For some reason, many people still believe that MSG - a terrible chemistry, and that she was to blame for all the troubles.

I hasten to disappoint. Glutamate sodium we eat with you, and without any chemicals. Glutamic acid (which with the sodium is converted into glutamate) is part of the protein contained in any food protein, and another - is synthesized in the body. Here, we are terrible chemical laboratory for the production of glutamate, afraid of themselves, people.

Glutamic acid is an important role in the metabolism and the nervous system - it is not bad system.

In short, I made a small selection of glutamate facts - not to be afraid of.

Fact number one: without it - tasteless

What kind of taste is difficult to explain, because for a long time it was thought that only four flavors: sweet, salty, sour, bitter, and then picked up and rolled out the fifth (borrowed in Asia), the same minds.

What kind of taste is really hard to explain. That's a lot of fried meat it. And fried fish. And many more where it occurs.

Fact Two: glutamate itself is harmless

I already wrote about it, yes, but I repeat. Glutamate is not wild chemistry laboratories in its generally made from bacteria and then combined with sodium salts. Such is the... Microbiology. By the way, glutamate powder is almost tasteless, but with the food... quite another matter.

Harmful, rather, the food itself, to which it is added - chips, for example.

Fact Three: glutamate many will not put!

If you hear that a certain product is one of glutamate, do not believe. If it plunk too much, the taste will be too umamisty (ie - filthy). In general, the recommended content is not more than one percent, but in fact - much less. Otherwise, there would be impossible.

Fact Four: glutamate itself is not addictive

Addictive delicious food, yes. And in general it was to study the results of which proved that the consumption of foods containing glutamate accelerates the feeling of fullness.

So... all minds and bon appetit! 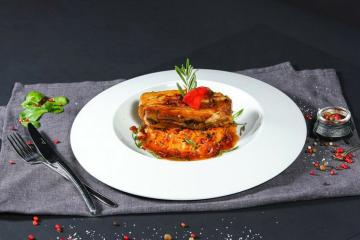 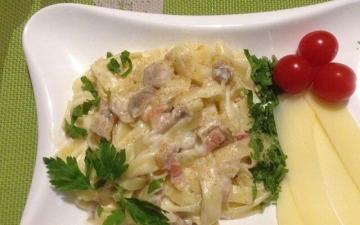 Is not as difficult as it seems!

Many times I ate the pasta in restaurants and always thought that the cook is soooo delicious, I ... 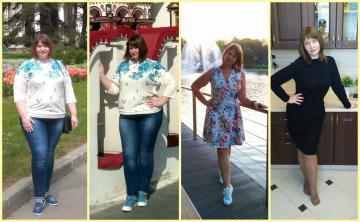 Envy or just angry, because they themselves can not do this. And maybe the truth around cheating and no one in the Zen is not losing weight.

For nearly a year my channel on Zen. Here I talk about my weight loss of 132.2 kg, share their ex...