Warm salad of burdock root. Way of the Samurai

Even if alcohol freezes, will gnaw his teeth... No, it's another story. But accurately reflects the principle that resourceful people with hunger will not disappear. Here's to take at least Japan: small country, few resources, even in the course is the fact that at first glance seems quite inedible.

Or edible, edible but only with the hunger. Well, even from extreme poverty can chew ...

Introduce human response, not familiar with the pleasures of Japanese food (cooking and survivalist), which proposed a guest salad burdock root.

Even if he does not express out loud, I thought - the owners utterly impoverished.

And to me here in a restaurant salad burdock roots caught. In one thousand three hundred rubles portion. And it's probably someone pays - for the opportunity to pontanutsya, say, a Japanese delicacy eaten.

In fact, a salad of burdock root is not that delicacy, we can say the usual food. In Japan, it is not necessary to dig roots, sold directly to supermarkets, but we if we want to try to have to take a shovel and go to the country.

Burdock root - a couple of pieces

Thus, the roots of clean, scrape, my. Treated rudely than Stipe (they they are somewhat similar).

Then, when to clean, we scraped and washed, cut - as well as the stipe.

Cut? Then we send in a strongly red-hot wok, in sesame oil, and fry.

Photos do not wait, I was such a rare muck that the family has promised next time in the country and leave, if I continue to experiment. However, in the muck I was his fault - did not understand, old mug dig, or young. Udobosedaemy - burdock first year of life, then it becomes a bitter root. If anyone dares to repeat the experience - accomplish your goal, how it happened. Survived, whether neighbors fed, beloved mother-in-law as they - if not toiled stomach as if did not regard the attempt? 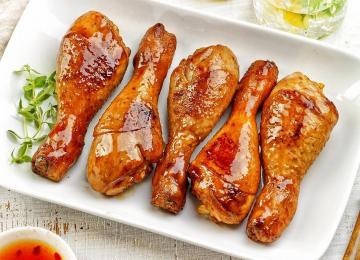 Fragrant Hen in the package for baking

A great recipe of delicious chicken, baked pieces with herbs and spices in the package for bakin... 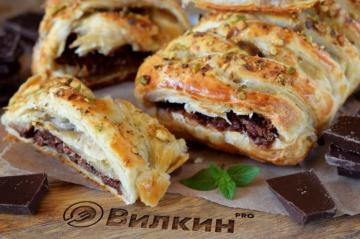 Chocolate in puff pastry - what could be simpler? Even the name of this pastry sounds delicious, ...

How to cook shawarma at home?

Let's try to make a tasty and juicy shawarma "as in a stall" on their own. The ingredients are si...