No fairy-tale kingdom, not tridesyatom state zhil- was a fisherman. Well, the main sovey profession he was certainly not a fisherman, and someone - I do not know, but in his spare main occupation time often went to distant lands, armed with rods and a large bag.

Usually able to return extremely painful. Squinting against the light, sitting on a bench under the lime trees, sipping nous - is out of the bottle, and then a large glass jar (was not in those days, aluminum) - painfully grimacing when -dominoshniki pensioners at a table under a nearby linden excitedly shouted:

We, boys yard, not far from this bench has been the "base" - three concrete manhole rings, forgotten by builders at the dawn of youth our yard, and resourceful residents painted with oil paint - a sort of small architectural form, and art installation at the same time. Sometimes the fisherman threw us an empty bottle (accompanied this case passive groan), they say, Orem loud but in such a bad throw reacted pensioners domino - promised to beat, if not stop litter.

Then one day a fisherman actually someone broke. He squinted into the light with only one eye. Second - swum - pleased with all shades of blue and the other on the eyelids and surrounding facial areas.

-This you delal- che? - Cheerfully asked the fisherman pensioners domino.

-Uhu cooked! - sadness in response to the fisherman.

His story still remember - we listened, pricking up his ears. However, there was this story nemudrenyh: came, drank, bought from a local fish, drank more, fishing rods cast therefore, decided to cook soup - one pot drugan took. But here's the recipe could not decide. Our fisherman insisted that we should cook only a few varieties of fish, not to get no ear, as well as - dishwater. Drugan offered to throw that bought local - and go. Third cook in the company insisted crumble to potatoes, the fourth - to prove that no cereals - not the ear will. Here are just some cereals have to throw - nothing.

It's funny, a lot of years have passed, but still remember that story, especially when I hear the dispute, how to brew your ear properly. Once he tried to prove to all that the right exclusively my recipe: in our family always cooked soup with potatoes, carrots, onions, and yes, groats. A fish - but what God sends, and threw in the pan

- That you have no ear, and fish soup! - Shouted one relative and demanded to immediately remove the potatoes, carrots, cereals from the saucepan, put the brain and pour the vodka. Stack. It can be two.

-First need to cook a trifle, then throw it! - says one more familiar.

-Uha only from noble fish normally get! Sudak take it! - I advised old friend.

As for me - so any recipe and process has the right to exist, but - once seen as the nature of the two venerable father of a family almost got torn down, figuring out whether to clean ear potatoes.

Simple and delicious dinner with stuffing. 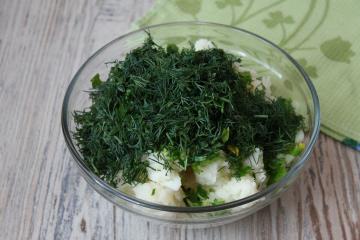 Hello, my name is Oksana! I am pleased to welcome all those who looked to my channel - even just ... 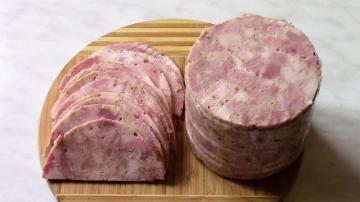 Very successful version of chicken ham, the taste is authentic homemade ham, not boiled meat.I re...