Sea bass for the first time had a chance to try out as a child. In Yalta. That is honestly still do not know whether these were caught perch in the Black Sea, or from some luck, but we have a rest "savages" of visitors, they have become "the main dish dinner."

Sold already fried perch in supermarket self-service. Even after cooking, they were red, that I, quite small, surprised.

Perhaps, eaten on a bench in the mall, the sea bass was the most delicious dish (except the fruit well, and meatballs in one of the Yalta city cafes). Alas, the name of the cafe, as well as the name of the chops, do not remember. In memory etched only that it was on the terrace or on the roof of a building, that is - is fully open to all the winds, and the sparrows flew often to eat the remnants of food.

Perch I find delicious still. And frankly I do not understand those who argue - they say, it is very bony fish. The bones in it is not so much, and to prepare - just two and two.

Bass in a spicy ginger sauce - it veesh!

Easy to do. take:

If you caught fish unskinned, eviscerated

Then make cuts on it (better propechetsya) slaysiruem ginger, spread it on the carcass, sprinkle with thin rings of chili peppers. Salt to taste.

All this ikibanu put in a baking dish, add the dry white wine Preheat oven to 180 degrees and go there for 15-20 minutes.

While languishing in the oven perch, do yourself sauce.

Fry the finely chopped ginger, and then a little karamelizuem it with a spoon of brown sugar. Add to the pan a little chicken broth and boil over high heat for three to four minutes (the sauce should be light brown). Thickening starch brightness pour soy sauce flavor.

I do not give weight layout, because I do everything by eye.

PS. After baking rings chili is better to remove (burn those bad!) 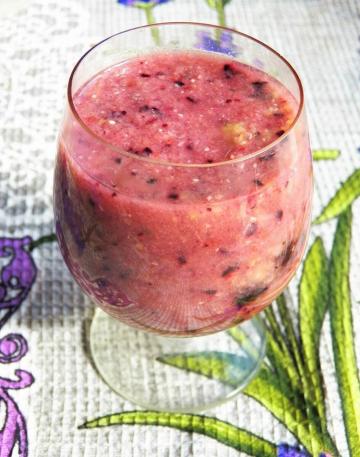 Morning smoothies which eliminates lethargy. The energy for the day!

No self-respecting warrior would not load up before the battle! A hearty breakfast in the morning... 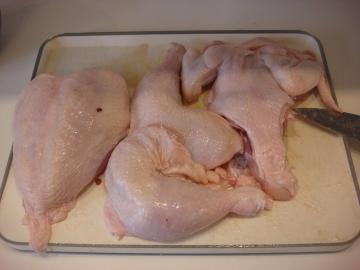 Soup, rolls and meatballs from one chicken. How do I use all the parts of this bird.

Today I want to tell your readers what dishes can be prepared from one chicken, while using all p... 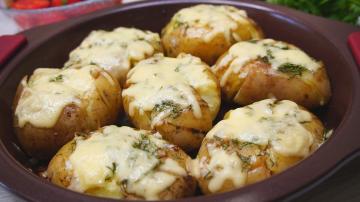 Try this way the potatoes turns out very tasty, soft and nice to look at! Preparing simple. ING...