Not a single okroshka: cold soups that are prepared literally "five minutes"

The other day we had a holiday home. Wife pleased friedge - is a tasty and light, summery bright cold soup. He prepares very quickly, and literally at the knee. However, if you do not take into account the time of roasting beets.

But you will not take it? Because a couple of wash-triple svekolok, throw them in the oven, it's not work, in fact.

And then everything just as one-two-three.

Beets purify, three on a grater. Fill with boiling water, add the vinegar and lemon juice (who does not like - or may not be added). Let cool, put in the refrigerator ...

Filler - boiled potatoes, cucumbers, radishes, greens and eggs are cut apart. I'm here (but it is not on the classics) put something else meat (simply because as a vegetarian soup legs stretch out, starved and walk malevolent ghost). The plate can be friedge season with sour cream or mayonnaise.

But apart from him there are many recipes, such as, easy-simple. Write!

In the first place Spanish gazpacho. Where the same without him, because naming as it sounds!

We will need: about five - six tasty, not plastic tomato, large (but not overripe), cucumber, sweet pepper, one of those that are called paprika - juicy, thick, celery, garlic clove, olive oil a couple spoons. Well, to taste - pepper, salt, lemon juice and onions.

Cooking overpower even lazy - clean tomatoes, cut everything, we throw in a blender and puree to break into voila!

You do not like tomatoes, prefer dairy tenderness? Bulgarian tarator you on the table.

One serving is needed a cup of yogurt (natural), one cucumber, a little pepper, half a spoon of olive oil, herbs, and tastes - salt, pepper, lemon juice and garlic.

Clean and cucumber with other vegetables three. You can punch in a blender with yogurt - then there will be soup.

Insufficiently satisfying? Salmorejo, Spanish Russian analogue of Turi for the most demanding.

Peeled tomatoes along with the other ingredients break through the blender and add before feeding coarsely chopped meat or sausage and cooked egg.

Pickled champignons that are ready in 4 hours. I don't buy in the store anymore!

We love these mushrooms very much. I used to constantly buy. Moreover, immediately with a margin.... 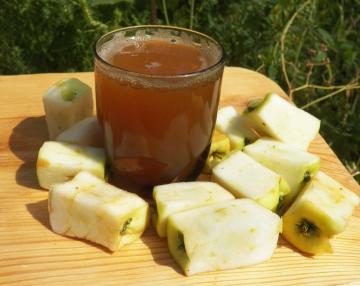 The most useful drink for thyroid health. Iodine! 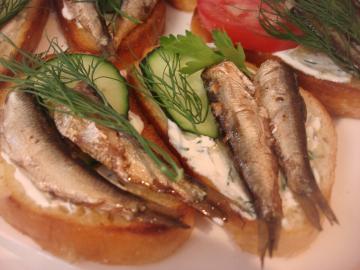 Immodestly delicious and cheap sandwiches. It is easy to take place, even on the holiday table !!!

Today I will share with you a recipe immodestly delicious sandwiches with sprats. In addition to ...