The correct way to marinate skewers

There is only one correct way to marinate skewers.

And this method - it is not about kefir and certainly not about mayonnaise, though, if only because at home barbecue of yogurt and mayonnaise never heard, their views had never seen

Skewer generally very interesting dish. Some foreigners after a visit to Russia beginning to consider him almost native Russian (haha), so common. If we consider that a shawarma stalls (or shavermoy how someone like that), we come across almost more often than kebab, shawarma and it can already be considered a national ...

Well, okay, it's the lyrics. Barbecue, by the way, not even originally Caucasian dish, as many think. And the name - and in general comes from the Crimean Tatar word "Shesh" - "spit", "sheshlyk" - "something on a spit."

Century, so up to 19 skewers, too, existed in Russia - only named meat spinning (spinning on a spit). However, common spinning the meat was not particularly - in the Russian meat dishes served more stewed stewed yes.

And in the 1837th, a book chef Gerasim Stepanova, a collection of "Experienced cook with prisovokupleniem Asian table or eastern deli." And there is just what the word "sheshlyk" mentioned, but in what context: sheshlyk it "birch stick length 2.5 yard, cleanly and smoothly planed and round. With one eye on the end, so it was convenient to put on it tragus or lamb "

A little later, kebab arrived in Moscow already in the form of meat. Here's what I wrote about them Giljarovsky:

The first appeared in Avtandilov barbecues, hold in the seventies, the first Caucasian tavern with Kakhetian wines in the cellar at Sophia (Sofia quay). Avtandilov then moved on Butcher and opened a wine shop. Kebabs permanently stopped while in the eighties and nineties in Cherkassky Lane, just above the restaurant "Arsenticha" Caucasian Sulhanov not It opened without the patent at his apartment caucasian dining area with barbecue and - too secretly - with Kakhetian wines, especially for newcomers Caucasians. Then he began to walk and Russian.

Since then, a lot of time has passed, and there was a bloody Russian cloud marinade meat recipes.

This I just listed the key. And so - the variations are many, ranging from wine and ending with fruit juices (that in fruit juices, especially those that are out of the package, not Marin, Sanchez word, it is not necessary, there is fruit juice - zero point zero, but a lot of the Chinese chemical concentrate unclear formula)

But this is the only correct way to marinate meat so that it was meat - he's chef from the east. Meat, onions, pepper, salt. All.

The main secret - the bow to take nearly as much, and meat. And then it will be tender and juicy.

True, I sometimes add kiwi - but little, and for a very short time, and only in that case, if the meat is not chosen himself and got a piece of rough. Well, or mineral can linut.

What do you marinate skewers? 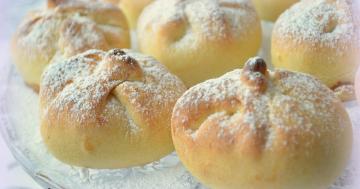 Oh, what are fragrant and sweet! Very tasty and unusual buns from sour cream dough.ingredients et... 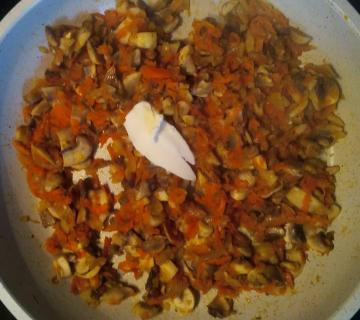 Welcome to my channel all who are thinner and only gathers the courage to stand up to the weight ... 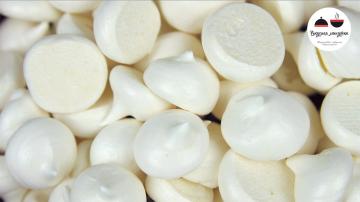 How to make meringue, not to disgrace (my little secret)

Once a long time ago I decided to surprise my mother in law and cooked meringue. But... It was no...