Fridge in the kitchen - the most important animal. Beast - because it has a problem similar to it - the smell! No, not moldy stuff (who bring up such a nightmare?), But - it smells.

There is likely to play a role of high humidity, which even in no-frost takes place. And that in it, in an enclosed space with a small volume of air, a plurality of products stored. Their flavors - delicious, delicious - mix, creating a cacophony, not very pleasant for the nose. Yes, that same moisture is added ...

And fu-fu-fu, when impregnated with the scent of the refrigerator products. With that - particularly sensitive - it happens very quickly. Get at least, soaked in syrup and decorated with cream soft cake. Hour in the refrigerator s all, cake is already changing the smell, and even taste it appears.

I know many do not notice the smell and taste even. But there are types like for example me, he spoils the appetite. And despite the fact that my refrigerator is much more often than usual (once a week for sure), no particular type of fragrant stocks notched bulbs and, God forbid, perishable products, do not keep it.

If you are from the same cohort of accidents - Welkom, I will share ways in which a specific "flavor refrigerant can be removed.

The easiest way - to go to the store and buy a "refresher" for the refrigerator compartment. Or odor absorber.

Cheap helping the first three days, maximum - per week. Dear... Well, about a month (and that is already a stretch). None of the tested does not have modified the stated terms, quickly lost its effectiveness and had to be replaced, which is expensive. Even, I would say, very expensive. The average price is more or less high-quality absorber (such as gel pribabahi by Electrolux) - 450 rubles. There are also more expensive, by Xiaomei, for example. There price of about a thousand or more. On a large refrigerator should be two of the absorber, at least. Well, once a month to replace the ...

For the budget conscious there is the old fashioned way: for example, on a daily basis to lay out in the fridge packs of tea is asleep. Brrr! Something tells me that a still life of these bags (which have to be dried before!) Would offend the sense of beauty. Untidiness - is what the kitchen is no place.

After many experiments, I stopped on the activated charcoal tablets - cheap and cheerful, five to seven tablets a minute in Gray microwave, throws in a pretty small bowl or cup, put in refrigerator and change as needed (often - once a week).

But recently at a friend I saw the bowl in the refrigerator with a suspiciously familiar substance. To be honest, did not immediately realize that this stuff reminds me, only then I realized - exactly the same beads we rolling in the tray in the face of blatant striped Senya named, occupied the apartment.

I could not bear to ask - on Pourquoi? You even do not have a cat (if it was a cat, it seemed generally wildly). It was found that the cat litter is used to absorb odors and excess moisture in the refrigerator.

The only condition: it was a filler containing zeolite. This natural substance absorbs odors and removes humidity to cheer.

That's it. You live, as they say, and learn. While he did not dare to try - I can not see next to analogue products Senin tray! - but, judging by the fact that he saw (and smelled) - efficient and cheap - great packaging, change absorber at least every day. 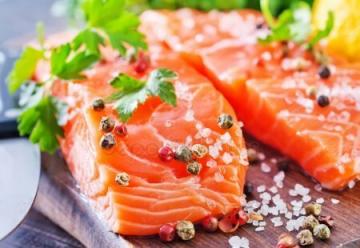 These foods to eat to lose weight.

Often, those who first gets in the way of proper nutrition is difficult to determine the list of ... 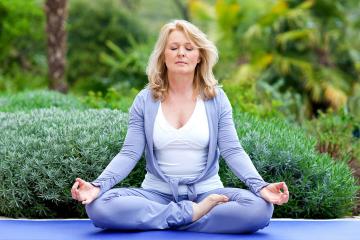 How to relieve pain and swelling of arthritis? Simple recipes that work there. Everything in the ...

How to start your way to losing weight PP?

Let's talk about how to start your way to a new life without kilos of excess fat.Here we take a l...