Pasture: nettle soup (and even edible)

Not to say that I like them. To be honest, every time bumping into a particular dish, suggesting the use of weed, remember stories about the life of the serfs. Very clearly it appears village huts, covered with rotten straw, spring sun, illuminating the manor Mansion (required on a hill) and rickety peasant kids, sbiralsya along fences nettle and goosefoot in the soup.

In short, dreary picture is drawn.

But - and here I must admit - it's just my imagination so I walk. In fact, there is nothing wrong to cook soup or soup with the same nettles - no.

Excellent spring grass, according to doctors, nutritionists, and even the most... nutritsiologi! And all because that in 100 grams of nettle only 21 kcal, but a bunch of goodies.

Inspired by this composition, once I finally dared to make soup yourself. He consoled himself with the fact that the proud Japanese samurai never disdain to devour a salad of burdock root (then somehow necessarily bring the recipe here).

But for the lack of photos I beg your pardon - because the dish was originally inspired me to shoot.

• Our main ingredient - young nettles. It will suffice grams two or three hundred.

• To'm not quite "empty" the soup was, I used chicken broth (I had frozen, as well - from what to cook, everyone decides himself)

Zazharku in this soup, I did not. Potatoes left in the boiling broth chopped into small cubes and carrots - beautiful roundels (simply because they are so cute).

Then there was the most difficult - it was necessary to scald a young nettles boiling water so that it does not "bite". Note - nettles sell bundles to compete in markets, but to buy it there, probably like to play the lottery - it is not known, on the sidelines of a road is collected and how the dog (and sometimes more than a dog) her gadila.

We "fairing" winged friends, swore and swore in its environmental and other clean, but the bathroom in front of the hot water washed the grass is very long, and when it was necessary to disassemble.

After nettles scalded with boiling water, it together with green onions cut and send in a saucepan

Approximately ten minutes boil, then straightens the taste of the soup with salt, black pepper and lemon juice.

Serve with sour cream and lots of greenery. As spring vitamin dish - very personal (and still can frighten children that the next experiment will quinoa salad or cakes with any other weed) ... 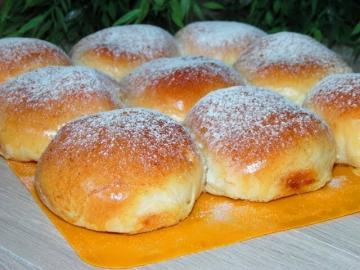 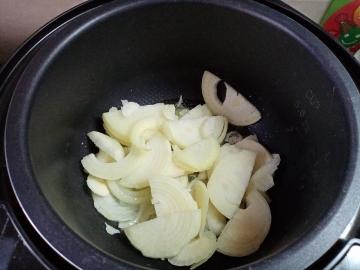 Dinner on a busy mom: fried pork with onions and mustard in multivarka 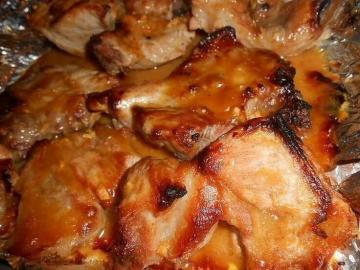 Rapid meat in the oven for 20 minutes. Recipe for lazy

Recipe of meat I once saw on TV in any transfer. Immediately I prepared, and since this dish is a...