Kalmar in bystrenkomu to "take revenge for the Kraken Jack Sparrow"

Squid - tasty and healthy. For many years I tried to explain it to a child. The child did not believe. He even refused to recognize the squid in any other form, okromya fibrous chips in a bag, carefully pretends noble marine reptile.

But then a miracle happened. Five years of commercials in Kinder looked old already had time to grow old by the time the film about the Pirates of the Caribbean. Sea monster Kraken impressed him much more than all my exhortations wholesale.

The next day, after watching do agree eat canned octopus. It was progress. And he has since agreed to eat squid. To get back at the monster, to devour liked the movie hero.

So today - ta-da-dum, fanfare - on our stage dish that goes under the code name "avenge Kraken for Jack Sparrow."

Revenge is served cold, but here it is hot. However, if cool - also edible.

Doing time - my squid-clean, can thrash a little (but just a little), then rolled in flour.

We make three - squid spread on paper towel to drain excess fat give and hope that in this way we make the dish less harmful.

Do four - beautifully cut squid rings, spread on a plate, pour the sauce, sprinkle with herbs. Garnish can be fed - in this case, I bulgur. Bon Appetit! 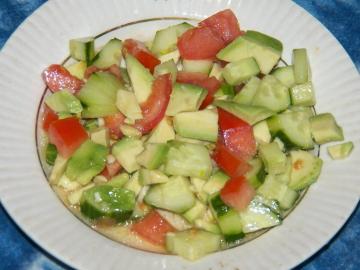 Salad, and gives satiety and easy

This bright, refreshing spring salad is so simple that does not express or vysheptat! It can be u... 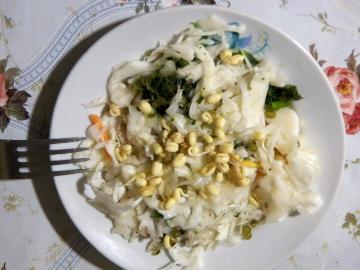 Everywhere they say about probiotics (bifidobacteria. bacteria) and prebiotics (food for these ba... 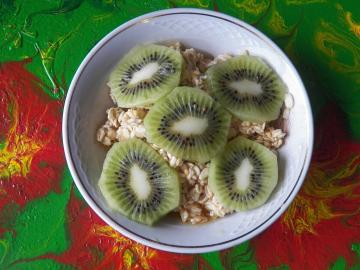 Early spring! The sun is shining. I want to have to change a dirty white and gray paint on the lu...