Favorite cakes of the past. What sweetness adored in the USSR. part 5

I continue to learn the desserts, which were popular in the USSR. Today will discuss the cakes: Ring, marshmallow, wafer and Olympic.

Every week I talk about popular and unpopular desserts, which were produced in the USSR. Basic information on the cakes, I have taken out of the book in 1976, "Manufacture of pastries and cakes," the authors: AP FROM. Markhel, Y. L. Gopenshteyn and S. IN. Boldly.

Biscuit for this cake was baked in the form having the form of a ring. Biscuit cut into 3 layer and coat with oil cream. Outside the cake covered with the same cream, but by a unique technology.

The cream was heated to 32-35 ° C temperature, and it became liquid. In the lowered liquid cream cake, and then allowed to cool and was coated with chocolate. As a result, it created a feeling that the cake glazed.

This cake - one of the few which has not been used for the impregnation of syrup. Formulation and process I really liked. Perhaps in the near future, I prepare it and tell you the whole process.

Waffle cake, which consisted of 3 layers. Between the wafers was a thick layer of a white-pink zefirnoy filling.

On top of the cake sprinkled with powdered sugar through a screen with the words "zephyr". The edges of the cake decorated zephyr mass.

In its composition, marshmallow mass is very close to the composition of the Soviet marshmallow. now do not meet these cakes. A pity, I would so gladly bought.

Cake of protein-nut cakes, which are made by a unique at the time the prescription. Details here will not tell you, but I will say that the composition in the cake was very, very "expensive": candied orange, almond flour, butter.

Very interesting cake that today would look great on the shelf in the store. It is a pity that it is not ready. The only thing I do not understand in this cake, it is in honor of which it was prepared.

The book, on which I have been studying desserts USSR, released in 1976 and the Olympic Games held in Moscow in 1980. It turns out, decided to cook a cake in advance? If you know the answer, share in the comments.

And what you like best cakes in the USSR?

Favorite cakes of the past. What sweetness adored in the USSR. part 3- IDEAL, crow's feet and Kalach

Favorite cakes of the past. What sweetness adored in the USSR. part 4- Gift, Leningrad, Fantasy 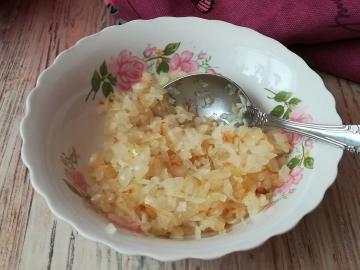 Delicious and super quick onion cakes in the pan

Today I bake cakes with kefir rather fry them in a pan... Initially, it planned to the most ordin... 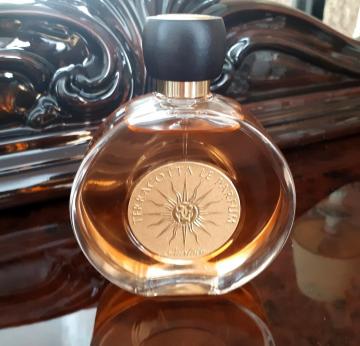 This spring has got quite an interesting scent from Guerlain Terracotta called. To be honest, it ... 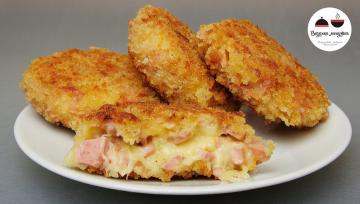 This is delicious! Crispy crust and tender melted cheese. Try it! And as a snack, and as a comple...