Favorite cakes of the past. What sweetness adored in the USSR. part 6

I continue to study the desserts of those times and now tell you about the cakes: Slavutich, truffle and cream biscuit with protein. In the Soviet Union prepares delicious cakes, but not all can be easily bought.

In my previous article, the readers in the comments about the dispute that many pies it was impossible to buy, do not stand in a queue. I asked my friends and they told me that in the 80s it was really hard to get cakes. If they appear in the shops in the morning, then for dinner usually I have nothing left.

To buy cake "Prague" on my birth father for several days went to Moscow. The first time he stood in line and cakes over. Cake turned out to buy only at the second attempt. Do you have similar stories, tell them in the comments.

Basic information on the cakes, I have taken out of the book in 1976, "Manufacture of pastries and cakes," the authors: AP FROM. Markhel, Y. L. Gopenshteyn and S. IN. Boldly.

Sufleyny cake with a layer of jelly. The cake was based on a thin layer of biscuit. On top of his chocolate and decorated with edible flowers.

This cake I have never seen on sale and it is difficult to say something about its taste. But after parsing its formulation I realized that cake prepared from the same souffle, like a bird's milk. The composition and formulation of one to one. But the "Bird's milk" has survived to the present day, and "Slavutich" disappeared.

The cake consisted of 3 sponge cakes. The top and side of cake smeared with a thin layer of the filling, and then coated with protein cream. After that, the sides of the cake sprinkled with fried biscuit crumbs. As a decorated cake sprinkled with powdered sugar and candied fruit. Released it in two versions: with a fruit filling or butter cream.

This cake, and now you can find on the shelf at the store. Although he is now a lot of variations. I do not really like protein cream, so this cake myself never bought. But if he is still there, it means people buying and loves it.

Sponge cake, cakes whose richly soaking syrup. As the interlayer used oil cream. On the sides and top of the cake sprinkled with chocolate truffle crumbs, which gave the main taste. The surface of the decorated shaped chocolate.

The taste of this cake I remember from childhood. I liked it very much, but now it is in the shops to be found. Now under the name "truffle" sell completely different cakes, which are more suitable for this title. But because sometimes you want to enjoy the cake, the taste of which is remembered from childhood.

And what you like best cakes in the USSR?

Favorite cakes of the past. What sweetness adored in the USSR. part 4- Gift, Leningrad, Fantasy

Favorite cakes of the past. What sweetness adored in the USSR. part 5- Ring, marshmallow, wafer and Olympic 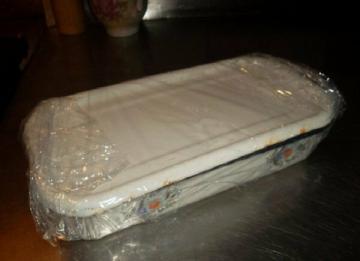 Cooking for yourself: pork chop cutting and snacks

Festive dish that can be prepared for the New Year... with little cost and effort.The recipe is s... 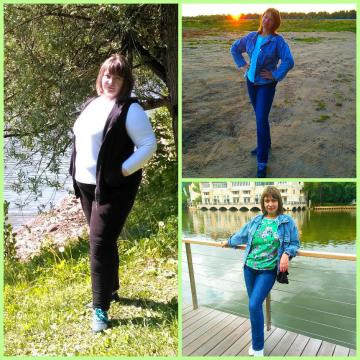 Delicious is not fasting, not one nibble carrots and cabbage and lose weight 50 kg

Greetings to all dieters!For those who first came to my home page.Let's get acquainted! My name i... 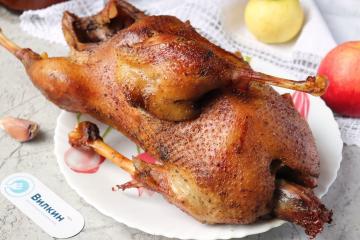 Goose in the sleeve in the oven

Baked goose is a truly festive dish that, if cooked correctly, has a chic look and taste. And so ...