What if you forget to put the yeast in the dough. I am telling you how to fix it

If you knead the dough, and then realized that you forgot to add yeast, do not rush to throw it, can still be corrected.

Recently I stopped by for a visit to his mother, and she complained that she had the whole day everything goes wrong as she had planned. During the day it is constantly distracted by phone calls and when she was going to bake bread, forgot to put yeast.

As a result, a disorder that ditched the bread, she almost threw the dough, but I stopped her and offered a way out.

To remedy the situation, I used the technique of autolysis. Autolysis - a pre-proofing a mixture of water and flour. With this method, part of the flour mixed with water and left to stand for some time (from 20 minutes to 5-10 hours).

During this time of the flour proteins begin to absorb water and to develop the gluten. Yeast autolysis using administered before kneading dough in a sponge dough. This method is used in bread, but I decided to use it to save the dough for pies.

We saved the dough

Yeast, put on prescription, we mixed with warm water, about 40 ° C, and add a little sugar. The resulting mixture was covered with a towel and left for 10-15 minutes.

After a time, the mixture should ascend and zapenitsya. Actually thus preparing the brew, we do the same thing. When the dough is ready, add it to the dough and knead well.

If the dough turns watery, you need to enter an additional amount of flour. After kneading leave the dough on proofing. We had the dough to a large number of yeast, so we had the lift for 40 minutes. Well, then we proceed as written in the recipe.

Hopefully, this process will help you. 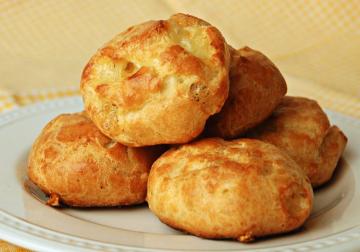 This cheese buns prepared very quickly, in just 40 minutes it will take for all - from dough to f... 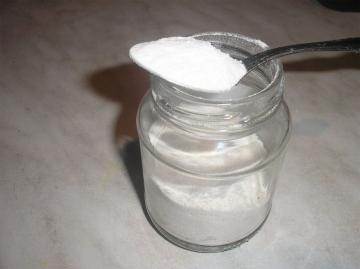 Baking powder no longer buy. Preparing herself at home 3 ingredients

I often use baking powder for baking, I have to channel a lot of recipes, where you need it. I us... 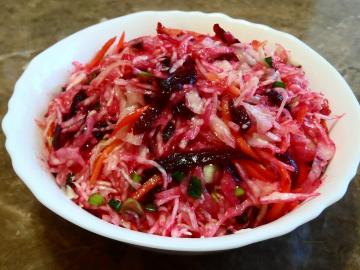 Salad "Kremlin Hrjapa" with beets and cabbage. My favorite recipe

It was a favorite salad of Brezhnev, and our family, he is also very fond of. This is a simple bu...