Chocolate is never too much. Do you also think so? Today cook chocolate-chocolate cake.

Imagine a cake, which consists of chocolate cakes, imbued with delicate chocolate cream and decorated with dark chocolate. When I pictured it in my head, I already salivating flowed.

And it's simple. I love chocolate and I think that a lot of chocolate does not happen.

This cake I was advised to prepare my friends who recently nostalgic about the desserts from the USSR. To advise advised, but the recipe is not shared.

So we had to look for the cake recipe on the Internet. As it turned out, the cake was really popular in the USSR, but as a result of any of folk art, has no single recipe. Someone prepared simply to sour cream, while others are added to the chocolate cream.

I decided that I will prepare a chocolate version of this cake. Let's see what happens.

All the ingredients needed to prepare the cake Black Prince, you will find at the end of the article. Enjoy reading!

The recipe that I chose, it was assumed that all of the ingredients together in a bowl and then kneaded. But if you do so, the sugar in the dough will not dissolve and will spend specks. When baking it, of course, it will melt, but it's better to do as follows.

First, in a container for frothing the liquid ingredients unite and butter to room temperature and stir until uniform. Add sugar and beat with a mixer for about 2 minutes.

Nuance first. Use low-fat sour cream. The higher the fat content, the more difficult it will stir the dough. I used sour cream 30% fat, and stir until smooth mass was very difficult.

Nuance second. After combining the dry ingredients, I will sift the flour through a sieve. Because of this, my flour mixture is saturated with oxygen.

I shift the dough in a baking dish and bake post. I bake the steel ring without a bottom, so cushioning ring foil. If you bake in a split form, the bottom is better to pave parchment.

My baked biscuit of about 1 hour at 180 °. In your oven it may take less or more time. Willingness to check with a toothpick.

Nuance third. During baking the moisture inside the dough accumulates in the center of the sponge, and the edges become dry. To my biscuit became uniformly wet, I do the following.

After baking biscuit give a little cool and then packaged in plastic wrap and put them in the refrigerator overnight. During the night the moisture inside the biscuit evenly distributed.

To prepare the cream I Melt the chocolate in a water bath. I add milk and stir paddle. At first I was connected with bad milk chocolate, but continued to agitate, and in the end everything turned out.

Then add butter and stir well until uniform. Leaving chocolate mass to cool to 36-40 degrees.

Nuance fourth. Cream-based dark chocolate begins to harden very quickly. This is due to the high content of cocoa and cocoa butter in chocolate. Therefore, as soon as the cream is ready, immediately proceed to assemble the cake.

I collect the cake in the bottom of the split mold. Spread the first biscuit and covers a quarter of the cream. Next, a second and a third layer. Residues while I cover the edge and the surface of the cake.

Aligns the cake with pastry Spatula, but you can use a wide and smooth knife.

Nuance fifth. To cake did not roll on the dish, I had previously put on the center of a little cream dishes. Only then I stack the cake first.

I shift the remnants of the cream in a pastry bag with a nozzle and make a decoration on the edge of the cake. Sprinkle with chocolate chips and rice balls in white chocolate. Such balls are now sold in almost every store.

The cake is ready. Before serving, I keep it in the refrigerator. Any cream should be refrigerated dairy-based products.

P.S. This cake is well suited to the holiday table. I made it on my birthday, but it was not enough. The guests almost immediately asked to supplement.

As I was preparing a milkshake from the Soviet past

Trying to prepare ice cream for the Soviet guests. What worked and what did not 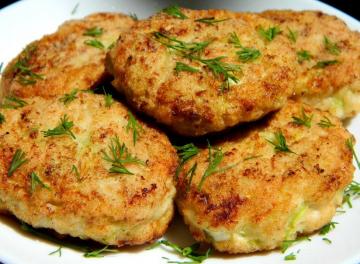 Cutlets from minced meat and zucchini. Juicy and delicious 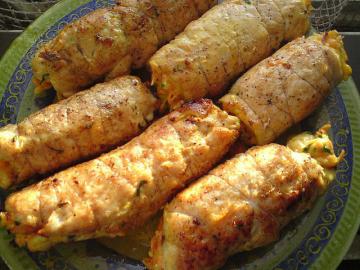 These tender and delicious rolls impossible to conquer absolutely everyone! They will be a wonder... 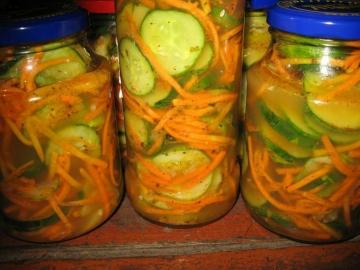 Cucumbers and carrots in Korean for the winter. My favorite recipe

If you're a fan of Korean salads, this appetizer you just have to taste. The combination of cucum...