The easiest way to turn a pumpkin into your diet - it's just take a piece of pumpkin and eat it, and repeat it every day!

But, as often is the case, a person eats a couple of times a piece of pumpkin, and for some reason ohotku long lost... Just not in the habit and craving for this product. And not everyone really something and like a pumpkin, but many realize that it is very useful, and cook porridge out of it, but from the boiled pumpkin zero profit, because it becomes termoubitoy and quite dead! Then she niskolechko not absorbed and leaves as well as entered.

More come in a maximum head of such variants use a pumpkin as soup, jam with lemon and sugar and a roasted sunflower seeds.

To keep longer pumpkin easiest - is to cut it into pieces and freeze in the freezer.

And finally, for a change, you can make pumpkin chips. And it will be much healthier than fried in oil tridesyatom carcinogenic purchased chips.

Cut the pumpkin into thin slices special grater or with the nozzle for the slice of the food processor (knife so subtly does not work!)

Spread on a baking tray and put in the oven for several hours (until ready) at a temperature of 60-70 degrees with the door ajar.

Or we place thinly sliced ​​squash in a dehydrator for 5-7 hours or dryer for vegetables.

You can sprinkle with paprika potato chips, salt the pepper to your taste. It turns out very tasty savory crisps, which are exactly like both you and your baby.

Borsch with beans in the winter banks

If you can not imagine without a bean soup, this blank will be very useful. Beans already cooked,... 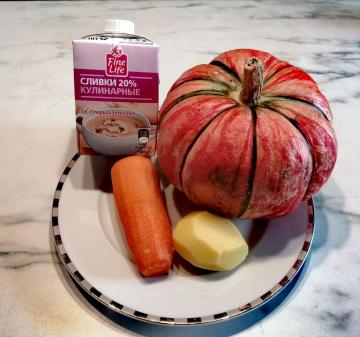 When I was a kid, I really do not understand how you can eat soups is some incomprehensible mass... 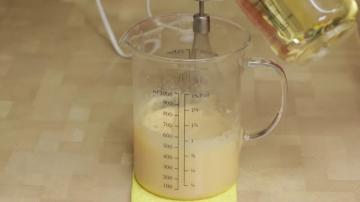 My daughter eats apple mayonnaise with just a roll, it is less greasy and delicious

Mayonnaise, this is probably one of the most controversial sauces. His love, his curse, it is mar...