Ear-nose-throat, legs, udder, tail or whatever in minced

- This stuffing cat from scraps that are purchased for 150 rubles on the market. - Wrote a friend, throwing off the picture. - And it looks more "meat" than the finished stuffing at the price of 450 rubles, which is sold in the near hyperspace. Gosh, what muck they're twist?

And she wanted to answer - everything! That's really all I hope, without packaging.

But then, zayadya in your favorite store by accident - they have not closed the door to the back room - saw that knocked in the mouth of the mincer. I admit, not very familiar with the anatomy of beef cattle, because in the semis was able to identify the film, tendons, pieces of skin, fat and some muscle pathetic scraps of flesh - the same one that we used to call meat.

I suspect part of minced designated simply, ear-nose-throat, legs, udder tail. The price tag on the beef in this store was beyond the price tag on a piece of meat.

And, you know, immediately reminded of other traditions of Russian (and not only Russian, but in general any) of the merchants - not cheat, do not sell. And the horrible details of the backyards butchers where swarmed parasites and worms were crawling over the meat ...

Semiliterate craftsman-yaschichnik, a small, shaggy, unchanged in coat and blacked boots, when he ran out of the debate, asked to speak; and his sonorous tenor was replaced by a sharp narrative doctor Popandopodo, draw horrors Okhotny. Miasma, bacillus, bacteria, unsanitary conditions, ammonia... adorned speech doctor.

- Ver angles! It is true that says Vasily Konstantinych! Since we deliver boxes in willingly, so seen enough... And what sort of miasma and how many of them... you will glance in a barrel - so they are swarming with... And crawl on the corned beef... And what about Bakhterev - and dart beneath his feet, red, tailed... and the dart, and look to come.

I sincerely hope that such horrors in our meat is no longer (at least there is not, then - not so scary), but ground beef since I do not buy. Because I love meat, and not all that, according to the manufacturers, this meat substitute.

At the same time no longer buy the sausage, sausage, smoked, even try not to take it, because it is not clear from which meat and they make for some technologies. Gluing large attractive piece of several small with a special meat glue - this is probably the smallest peccadillo manufacturers.

But that's why the ham has more meat taste - I do not understand. Most likely because the meat was not fresh, soaked and boiled to tastelessness, stuffed all sorts of solutions to make the kind of more or less decent and in order to somehow pass control (if there is one).

IMHO, it is cheaper to buy a kilo of meat and minced screwed out of it on their own. Instead sausage baked in same foil kilogram of meat, seasoning herbs, garlic and sprinkled with liquid smoke (for smoked fans). By the way, if such meat baked allow to cool under pressure, it boiled pork purchase will give a hundred points ahead - and "kusaemosti" and taste.

And you buy the stuffing? Are not you afraid? 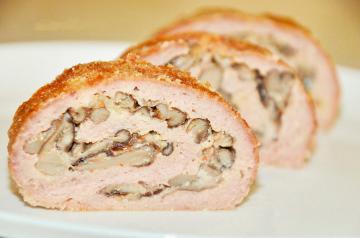 Chicken roll with mushrooms and nuts 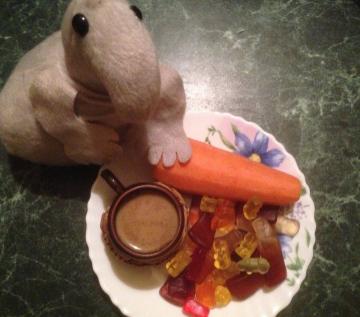 Do not eat carrots!

For food the average person spends 5 years of his life. Can you imagine? We are eating their 5 ye... 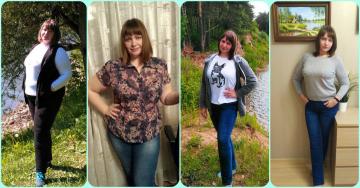 Losing weight does not mean starving. A tasty, satisfying slim An opportunity and my minus 57 kg proof. Sharing menu for the day.