I wrote here that I ever product inaccessible to the average Russian. About what exactly - did not say, because the last time I wrote more about the roots and indeed delicacies such as foie gras or even salmon recently not often use (and certainly not I mention).

But it took note of reproach. I flipped the channel and remembered - I'm not all that I know about the dumplings purchased wrote! And I, like everyone, especially the sometimes delicate relationship evolved with them. And as a student, and indeed, during bouts of laziness, when I was young and desperate (ie, the composition that these dumplings crammed, not thinking).

No, I'm not a snob, so dumplings, even purchased the product has not despise. I do not understand, however, why they buy (as for me, it is cheaper to buy the meat, that's my word, even shares in the chain stores, and it will be better, just do not buy minced!), but each has its own circumstances. I have a very suspicious attitude to the purchase dumplings emerged already with age.

And once... When something worked (for advice, sometimes from any books, collections of recipes). Sometimes it gets even edible, just a little weird.

That way, the wild but edible recipe for "lasagna" of the dumplings.

Wildly, it is perhaps only the name. The rest - it is still nothing. Take: a pack of ravioli, 150 grams of grated cheese, some fresh tomatoes, two hundred grams of sour cream or, if absolutely can not live without the mayonnaise, sour cream and mayonnaise in half, a couple of eggs. Oh yes, salt and pepper for future reference.

Half melted distribute dumplings in form, sandwiches half tomatoes (cut them into slices), cover tomatoes remaining dumplings. Beat in a separate bowl cream or mayonnaise, sour cream mixture with eggs, salt and pepper, and fill all its richness. Sprinkle with grated cheese and send it in the oven to bake.

Sharing a secret - if you put the dumplings tightly, then look will look almost lasagna, that is, not everyone will guess at once, so that you are experimenting with the semi.

Bake at 180 degrees for forty to forty five minutes. Less is impossible, it is not known what was in these dumplings ...

If you do not try to buy the beautiful names, so even with a claim to foreignness that is simpler option:

Take, again, a pack of ravioli, 150 grams of sour cream or mayonnaise (mayonnaise but I am against, especially in oven, it is nasty!), a couple of eggs, a couple of onions, a glass of water, salt and pepper, to taste cheese shabby (100 grams enough).

You know, youth is all not bad going. So it is possible. Though I warn you - semi-finished and the mayonnaise in the oven harmful to your health! However, everything starts to harm the health over the years ... 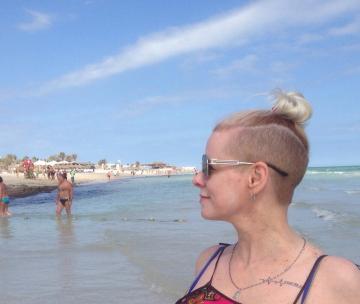 How not to grow old: my secrets)

Platitudes will not write, I will describe only what helps me to look a few years younger, and th... 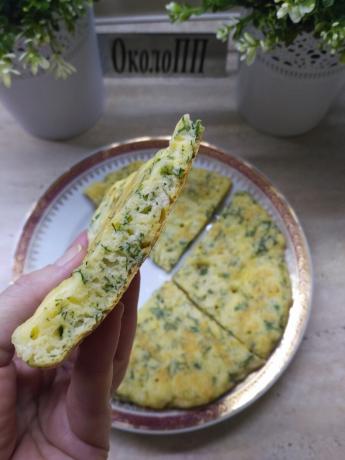 Delicious cheese and a hearty breakfast, which I eat and have lost weight at 54,5kg.

Greetings to all on your channel for losing weight!Here I share my weight loss experience and can... 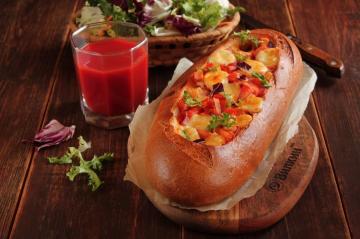 Based on fast food, let's prepare a delicious hot sandwich - a weighty loaf with a filling in the...