Why do I think that multivarka - useless (almost) a thing

The kitchen multivarka - terrible beast. It seems like an irreplaceable assistant (they say), but that's what it is irreplaceable - no one recognized.

I'm standing in the kitchen multivarka, no dust, works. Periodically we cook oatmeal in it, but only in one case - to the delayed start. And we were lucky to multivarka (or so we learned to count ratio) - it can be done.

But acquaintance decided to itself as a breast gruel of Multivarki pampered so then laundered multivarku and all the neighborhood - because pap (Or rather, milk) climbed out and grabbed a table on which stood a unit, the floor... This cat get drunk milk, from which she suffered pronons stomach. In general, it was fun.

There are, however, those who have a relationship multivarka better. I know a lady who was in her bake biscuits for the cake. With the oven in her relationship did not add up, and go multivarka beautiful, delicate, airy cakes. Rising almost the entire height of the cup.

She also breast is "for multivarku", because there is longing mode. Puts it vegetables and potatoes with meat, things like that, I prefer to do in the oven or pots in a cauldron. But do not cook porridge. Kashi is only at the plate ...

Why am I started this conversation - we argued here the other day with a friend, he is also a fan of multivarochny, although it only prepares the frozen mixed vegetables (and it is generally the only thing he trains).

So, for a long time he argued to me that multivarka food comes out healthier and tastier.

And in the evening I sat down to figure - and which side is more useful? Which side tastier?

If the utility in terms of saving time to consider - and there is none, there is no economy. Fry, saute, pritushivat, stirring, etc. - unless of course you want to cook a tasty meal, you still have. And bookmark the ingredients in order of priority has not been canceled - do not dump everything into a heap, shut the lid and walk away - you do not get food.

If considered useful from the point of view of preserving the vitamins and nutrients... Hm. So multivarka not by a miracle cooking, it also heats up, in which all these vitamins are destroyed. And with time this heating is not less than on the stove (if you do not multivarka-cooker).

Taste dishes from multivarka get no better than that of the dishes on the stove or in the oven. But then, of course, everyone has their own opinion, because the sense of taste, each different.

Plus heating in multivarka occurs only to a certain temperature. We have, in my opinion, it's 155 degrees maximum. As for me, 155 to the maximum - it will be small. In theory, perhaps, not a little, but in practice I once ventured to multivarka cook pilaf. So, quickly fry the meat so that it is not empty juice in multivarka unrealistic. I'm on a conventional panel pan Haskalah better, and it will be more effective. And not out pilaf as he comes to the plate.

So, as I believe, multivarka loses in all respects: it is not time-saver if you're really something cook, and do not fall out in the bowl of frozen products, forgetting about everything else, it does not make the food healthier, and it does not make a meal tastier. And the only thing for which it actually use - cooking primitive side dishes or cereals in the delayed start. 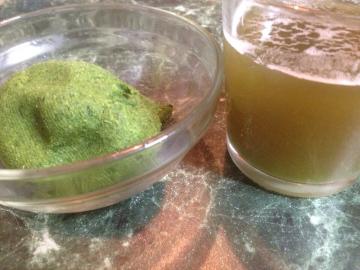 No need to laugh) When you see the - of what this mask: just start doing it.Composition very simp...

Dumplings, from which you will not recover.

Greetings to all on your channel.Here I share my weight loss experience (already minus 57 kg) and... 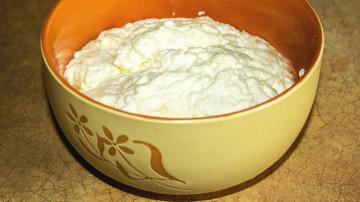 How to make delicious cheese at home. Anyone who enjoys this recipe, no longer buys cheese in the store

I want to share a simple recipe cottage cheese. Probably already 5-6 years, I practically do not ...