Dishes made of apples, which will surprise the simple preparation and excellent taste

Apples fall gradually become my nightmare. This year the apples taking over the world. The impression is that they have already cloned directly after harvest in baskets and buckets, crawl, the entire apartment.

Of course, nothing wrong with that. The aroma of apples - this is a cool fragrance, and the apples themselves - tasty and useful thing. But the trouble. All they have to be disposed of. In compotes, marmalades and jams, which is already a lot. Well, or eat.

So today - a recipe with apples, if they are in other forms you already am sick.

Pancakes made from potatoes all know, but let's experiment, make pancakes out of an apple?

Take four or five pieces of apples, the same - sugar (in the sense that the same number of spoons of sugar, dining, if you like sweeter), a couple of eggs and flour as well to form a dough.

Apples clean and three, to drive the eggs. Add sugar and flour, and... voila. We get either breakfast, dessert or something.

Fried pancakes are very fast, and tastes - everyone likes!

The second option use apple - pies without the test. There will have to buy the toast bread. Toast bread differs from the conventional in that it is initially placed under frying or baking. Eat it just like that - it is impossible, and yet it is tough. If clay.

It can be easy to roll out with a rolling pin, roll it... so, put one piece of apple, sprinkle with sugar, cinnamon, cover with another slice and fry.

If you have a toaster - that right there - if not carefully zaschipyvaem edge and send the pan.

Surprisingly, it turns out a wonderful taste. Apples can sprinkle cinnamon and add a tiny bit of butter in them.

But with apples -chizkeykami have to tinker. The idea is that these are the same baked apples. But with his "highlight".

Of several large apples we clean heart, prepare the filling: Cream Cheese - about half a kilogram, whisk with 50-100 grams of sugar powder (the amount of sugar depends on how you have a sweet tooth) and vanilla, vanilla, vanilla extracts, in general, that is, fragrant.

If you are a supporter of a low-calorie food, the butter of this dessert can be eliminated, as well as reduce the amount of powdered sugar. That's brown sugar advise not to remove - it gives a clear caramel flavor.

And so - bon appetit! 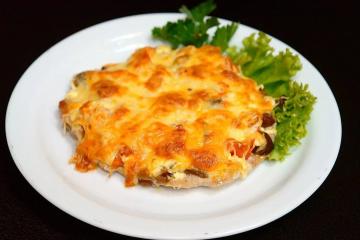 We continue to prepare for the New Year and make a festive menu. I offer this option a delicious ... 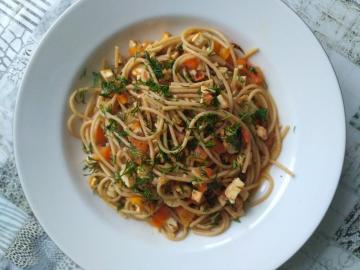 I eat to lose weight? Already -31kg. Sharing menu for the day.

Photo source - Yandex. Images.Hello! Who does not know that my name is Anna and I'm losing weight... 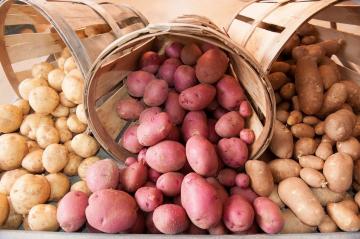 Recommendations for choosing potatoes: what to look for?

Potatoes are versatile and popular. It is used in the preparation of soups, main courses, baked o...