Expose: dangerous products that are not there (in fact, it is possible)

I came across an article today, in which he voluptuously listed products that are impossible. Under any sauce (especially mayonnaise). Dangers that he's describing, plunged me into shock.

To be quite honest, these horror stories go to Internetike weight. If you believe the poster, then you can eat exclusively by solar energy... and then only with caution. But let's be realistic, let's look at the world without brown glasses paranoia.

I'm not a supporter of a variety of products that are now on the shelves there. However, to talk about the fact that thanks to them "reborn hormonal gland in men" - too.

In short, today, about the products - be honest.

Oil 72.5% can not be there in any case. This trans fat - low grade vegetable oil, smashed hydrogen. 82.5% less than oil does not happen.

All products with soy dangerous because it is genetically modified

In general, about the danger (or non-hazardous) products with altered genes too early to say. No exact data are not available. Scandalous publication Arpad Pusztay, was published in 1998, was published in order to make people terrified exaggerations that can allow yourself a scientist. But it turned out the opposite.

I'm suspicious of GMOs, because they do not understand the principle of genetic engineering - yes. But shouting that they are deadly - nonsense.

Monosodium glutamate is almost everywhere. In it you too. monosodium glutamate - a sodium salt of glutamic acid. It is present in all proteins of plant and animal origin, because you and without additives it will eat a lot. The baby begins to receive from their mother's milk. Well, sodium you get along with the salt. Nothing poisonous in conjunction with a salt of glutamic acid no. Why be afraid?

The next time will continue about the products that supposedly dangerous, and what - is unclear. So do not switch... and think of the food is reasonable! 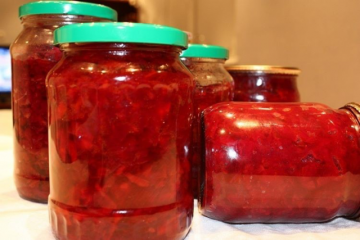 Preparation for borscht for the winter. 20 minutes and the soup is ready

We are making a preform for borscht jars for the winter. You know, then how convenient! Just 20-3... 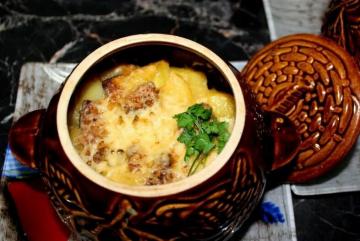 Pork with potatoes and cheese in a pot 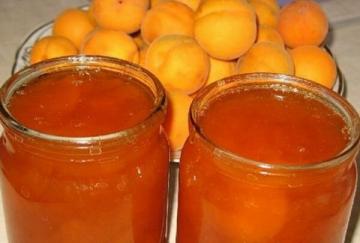 I told him how I cook delicious, fragrant apricot jam that everyone in our family just love. Very...