Cheap and cheerful: a full dinner their 2-course meal without much effort and expense

You know what the problem is "economical" food? She mostly boring. Because the economy is most often based on the use of large amounts of pasta or low-cost seasonal vegetables and cook them... Well, let's say, who would mess around after work, when to eat - so relax faster?

However, there are recipes that allow you to and from the boring potatoes with cheap fish to cook dinner "Yum" and this is not boiled potatoes, fried potatoes, French fries or potato pie with a slice of protein product. Not.

To begin, we select a nice potato. Not big and not small, flat. Its my carefully, preferably by brush because it will not be cleaned.

In a separate bowl, stir the oil with a salt, a pair of pressure garlic cloves and dry (or dry) spicy herbs. Each potato cut into slices (4 or 8, as you prefer), mix with the oil so that it enveloped all the little slices, put the ship on a sheet in a preheated 160-180 degrees oven.

Done? This will be our garnish.

Now we take the fish. Any. Although pike, perch even though pollock fillets even though carcass. Philae is more convenient, because otherwise we would have filleted carcass Plastal. However, it is not so difficult.

Fillet cut into approximately equal pieces, preferably - oblong. Then take three bowls. One break an egg into the other pour a little flour, a third - a little bread crumbs.

Each piece of fish, season with salt pepper, then - powder in the flour, bathe in the beaten egg, rolled in breadcrumbs and fry well. We get fish sticks - with the only difference being that they are truly fish, tasty and juicy.

Further. Then make the sauce with the claim for tartar. A couple of spoonfuls of mayonnaise, mix a couple of tablespoons of sour cream, we press to get a clove of garlic, cut the (very small), salted or pickled cucumber, add the fennel, if any.

Well, when it's over, then bake the potatoes should be. Because serves homemade fish fingers with baked potatoes (if using Provencal herbs, can argue that the potato in Provencal) and tartar sauce. Well, yes, to the tar-tare us far, but familiar and hackneyed products, we have done something new appearance and taste. That is the menu - the variety, therefore, the goal is reached. 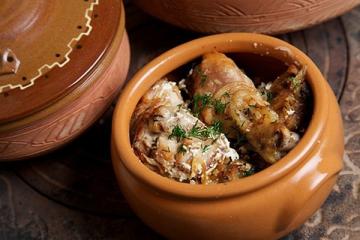 This dish will make your holiday table. In our family, no special date is not complete without a ... 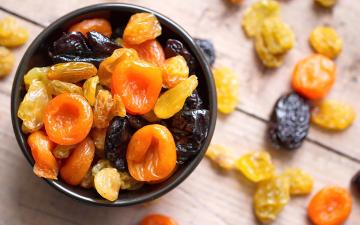 No diets do not give me such a result

Greetings to all dieters who looked into my blog.Let's get acquainted! My name is Anja and in Ma...