Garam masala: homemade seasoning mix, which changes the taste of vegetable dishes for the better

There was a period in my life, hobbies Vedic cooking. Not to say that I share the belief of those who are called the "loyal", but in the Vedic kitchen has plenty of recipes for vegetables and dairy foods, which can make the usual menu is much more interesting.

The hardiest can certainly zamorochitsya with cooking ghee (specially melted butter) or Paneer (cottage cheese, which, I confess, it turns out remarkable), but I now have no such feats enough.

Too much time it takes the fun (although the result is worth it). And, of course, for the preparation should always have a very good iskhozhniki -moloko and butter.

But some of the principles of Vedic cuisine mechanically using so far - as well as recipes.

Of course, the main thing - it is a seasoning. They completely change the taste of the usual vegetables. Make them much brighter and more interesting.

Seasonings I love, although it is due to the fact that the youngest daughter attached to the adult table, often have to give them up.

What I liked, Indians (or fans of Vedic cuisine) of the mixture, which is really well suited to vegetable dishes and what they called dal.

Gave - if we, on the Russian translation - the group of legumes.

Garam-Masala is perhaps the best known of these mixtures.

I have a recipe from the book Das Azhiradzhy.

Every spice fry separately on a thick-walled cast-iron frying pan until until it begins to give the flavor is stronger than before frying.

Then we grind and send it in a jar with a tight lid. The aroma is preserved for a long time, and the mixture itself is very suitable for vegetables and legumes. 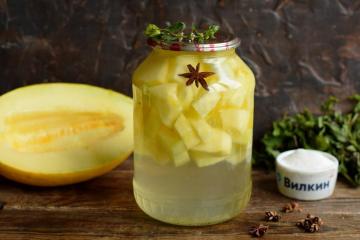 Melon in syrup for the winter

Melon itself is a sugar and juicy fruit, and if you prepare it for the winter in syrup, you will ... 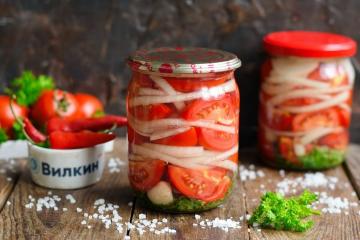 Tomatoes marinated with onions for the winter

Pickled tomatoes with onions for the winter is a preparation that does not require serious skills... 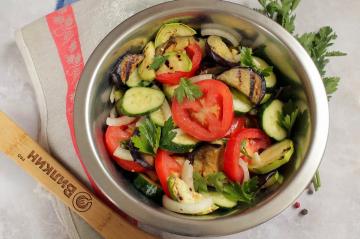 For kebabs from chicken, fish, any meat, vegetables will be the best accompaniment. In this recip...