Three products of Soviet times, we (unfortunately) never will taste

Today is the nostalgia post again. Dedicated to great products, which somehow disappeared from the shelves (well, or windows, as someone like) with the advent of advanced capitalism. Once in the Soviet Union dreamed of to a hundred (or two hundred) varieties of sausage were on the shelves.

Now a hundred or two hundred varieties can be counted. The funny thing is - to taste this sausage sausage even recalls. As said in the USSR for the production of sausage used not only ear-nose-throat-foot-udder-tail, but toilet paper. Now most of the cooked sausages, perhaps, from the formulation even foot-udder-tail excluded, only paper and left ...

Well, okay, not the sausage will be discussed (although the good "Doctor" at the right price would have bought), today Remember the good word of the products that no longer will taste ever.

Not to say that was a big fan of it. Much tastier at that time seemed krill meat - also canned, but they Arctic shrimp meat was not frayed.

About pasta "Ocean" recalled at the beginning of the epic with the import substitution when the price tag on the shrimp began to pretend the usual shrimp - the most real lobster. And even with some sadness learned that it is no longer produced.

With meat easier krill - it is (though not always). Only now it stands as if it from the same lobsters do.

With the "Bird's milk" thing looks like fun at first glance. That is, it is made, but how?

From time to time I see the price tag on this title, and even sometimes buy... It seems only to experience another disappointment.

I can not understand - what's wrong? Capitalism, products (and raw materials) must be complete, there is no shortage. Is it so difficult to make candy and cake, which was originally released? To souffle was no rubber, no strange grains and had at least some taste, except confectionery (even chocolate and candy!) Glaze.

3. Natural juices in the three-liter jar

Their range was all... you name it, from birch and tomato (one of the cheapest) and ending with the orange and tangerine. The plum juice has pulp, apple and pear had a taste of apples and pears, and, perhaps, they are not much different from those juices that do at home.

It's tempting to ask - in the CIS countries have ceased to grow vegetables? You know, it is possible as much as necessary to state that in tetra-packs (and in trehlitrovkah, if any), here is the transparent liquid incomprehensible - this is natural juice. If you are drinking fresh juice, you know perfectly well, no one treatment will not do not get out of it. Yes, these "drinks" in quotation marks even at the reduced juice do not pull! Super Concentrated ton of raw material for such drinks is worth 200-500 dollars (look at Ali and Taobao, very interesting!). I have a suspicion that the most natural in this raw material - its packaging.

And you remember that delicious? 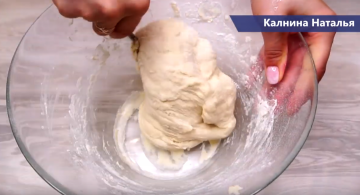 Patties: dough can be refrigerated and frozen.

They are soft and airy. The dough is cooked very quickly, you only need to mix everything, then r... 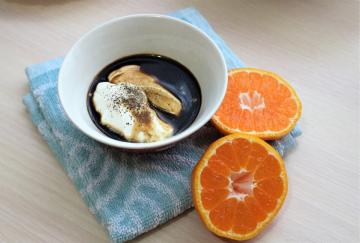 With holiday flavor. The original salad to the New Year's table. without mayonnaise

Today, I will share the recipe stunning salad tasteful, interesting and unusual combination of in...